Apologies for not jumping on the Brad Grey-is-toast story earlier, but for me the Toronto Film Festival began this morning with a screening of Mon Colonel, a very assured and pared-down Costa-Gavras moral drama set in mid ’50s Algeria. Laurent Herbiet, formerly an assistant director, directed, but it’s mainly a Costa-Gavras show — it resembles State of Siege and Z in some ways, and Costa-Gavras produced and co-wrote it with Jean-Claude Grumberg . 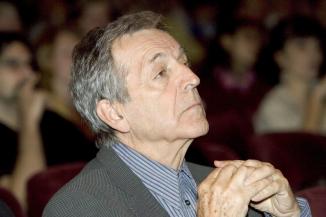 It’s about an ethical conflict between a young French lieutenant (Eric Caravaca) and a ruthless Colonel (Olivier Gourmet) who are engaged in fighting a war of terror against Algerian rebels in 1956. The film is quite pungent, alarming and penetrating with all kinds of echoes and fingers pointed at U.S. attempts to battle insurgents in Iraq. It has a moralistically matter-of-fact tone, most of it is composed of black-and-white flashbacks, and the legendary Charles Aznavour comes in for a riveting cameo performance at the finale.
Costa Gavras co-produced with the Dardenne brothers. The film is an adaptation of a 1999 novel by Francis Zamponi. It was principally filmed in Paris and Algeria from February to April of ’06.
I picked up my press pass an hour or so after Mon Colonel. And then I went home and took a nap for some reason. I wasn’t tired exactly. I think it was the notion that there won’t be any decent sleep for the next 10 days and I might as well get some now. 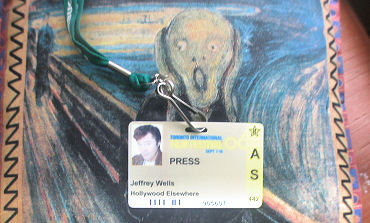 The Toronto Film Festival begins tomorrow at 9 am with Jeff Garlin‘s This Filthy World, a documentary about filmmaker John Waters.