The ridiculously drawn-out Becket saga (thanks to those ass-dragging dilletantes at MPI Home Video) is at an end, thank fortune. Peter O’Toole‘s Oscar campaign team — i.e., the Miramax publicists pushing his Best Actor candidacy for Venus — will be comforted to know that this 1964 multi-Oscar nominated film, in which O’Toole arguably gave the finest performance of his career as King Henry II, will open at Manhattan’s Film Forum on 1.26.07 and then L.A.’s Nuart on 2.9.07. 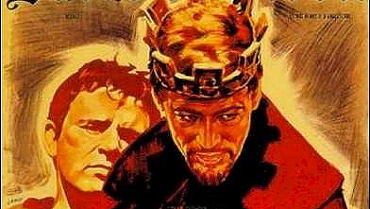 O’Toole’s Venus performance must sink or swim based on its own merits, of course, but reminding Academy voters what a brilliant, world-class performance he gave 42 years ago (plus the fact that he was flat-out robbed of the Best Actor Oscar when My Fair Lady‘s Rex Harrison took it instead) clearly enhances the brief.
Peter Glenville and Hal Wallis‘s widescreen historical epic, which was remastered in ’03 by the Motion Picture Academy’s Bob Pogorzelski, will also open in several Landmark theatres in February, March, April and May via Marty Zeidman‘s Slow Hand Releasing, which was hired by MPI to handle theatrical as a promotional prelude to the Becket DVD release.
MPI spokesperson Christie Hester stated earlier this year — disingenuously — that MPI “intends” to release the Becket DVD in the first quarter of ’07. The more likely release will be next fall. Perhaps MPI should announce a release during the first quarter of ’08, just to give themselves a little leeway? Make it the summer of ’08 — then they’ll really be covered.