“It may be tempting to greet Marie Antoinette with a Jacobin snarl or a self- righteous sneer, since it is after all the story of the silly teenager who embodied a corrupt, absolutist state in its terminal decadence,” A.O. Scott wrote yesterday. on the occasion of Sofia Coppola‘s film being shown at the N.Y. Film Festival. “But where’s the fun in such indignation? And, more seriously, where is the justice? To say that this movie is historically irresponsible or politically suspect is both to state the obvious and to miss the point.” 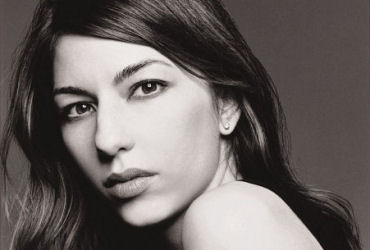 But it’s not that Coppola’s film, which has visual splendor and a fine tonal consistency all through, is historically irresponsible — it’s the fact that it exudes vapid self-portraiture at every turn. Once you get past the well-honed profession- alism that went into the making of the damn thing, the selective nature of Coppola’s screenplay — she obviously relates to the trapped-rich-girl experience and little else — renders something not so much “boring” as rigorously drained.
And yet here are Scott and L.A. Times critic Kenneth Turan (his piece also filed yesterday) defending Coppola’s integrity and basically saying that embracing a vapid approach is okay — deserving of respect — as long as you do it with disci- pline and style. There’s no question that Coppola had a vision when she made this film, and that it was very much her own. I’ve said that from the beginning, but God, what a diminishment of the vision thing.
There’s also no question that a significant factor behind Scott, Turan, Michel Ciment and a lot of other critics cutting Marie-Antoinette a break or going so far as to praise it is a certain sublimated kowtowing to the Coppola legend/tradition/ aura…a veiled showing of respect to a once very powerful king. Without this and other dad-related factors (including the rich-girl-trapped-in-a-royal-court sensibility in the first place), there would never have been a Marie-Antoinette. Is there anyone out there who believes Sofia would have won her 2003 Best Original Screenplay Oscar for Lost in Translation without the Coppola gimme factor plus Bill Murray‘s inspired improvisings?