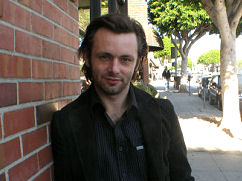 I sat down with Michael Sheen, a.k.a. Prime Minster Tony Blair in The Queen, for a quick lunch on Friday afternoon. I’ll be writing something about it tomorrow or Monday, as the recording of our chat was mostly ruined by clattering dishes and the loud, insistent voices of three or four women sitting two tables away. I don’t know if they were drinking wine or not, but they sounded like they were. At least they didn’t shriek with laughter. Not too much, I mean.
I can at least say two things about Sheen, who’s a very easy bloke to talk to. He seems more and more favored to emerge as one of the five Best Supporting Actor contenders for his performance in Stephen Frears‘ film. (And I’m not just saying that.) And perhaps even more importantly, the odds are very likely that he’ll portray David Frost in Ron Howard‘s feature version of the hit London play “Frost/Nixon”, to which Sheen will be returning fairly shortly, and in which he’ll continue to costar in (along with Frank Langella, I think) when it opens in New York City next March. 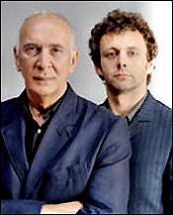 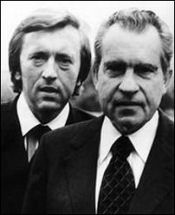