Two observations about Oliver Stone‘s Jawbreaker, his Paramount project about this country’s response to the 9/11 attacks with the invasion of Afghanistan and hunt for 9/11 maestro Osama Bin Laden. One, the source material and choice of screenwriter indicates the film will be more critical of the Clinton team’s anti-terrorist efforts than that of the post-9/11 Bushies, which is surprising given Stone’s lefty leanings. And two, Jawbreaker sounds a lot like the “fascinating procedural” about a hunt for terrorists that Stone spoke of five years ago during a public discussion at Alice Tully Hall . 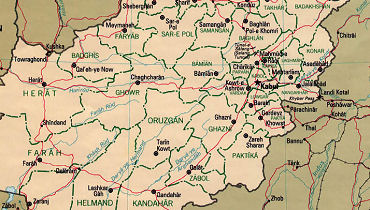 As Variety‘s Michael Fleming reported, the Jawbreaker screenwriter is Cyrus Nowrasteh, whose teleplay for the ABC miniseries The Path to 9/11 was said to contain unfair allegations that tarred the Clinton adminstration’s handling of the Mideast terrorist threat in the mid to late ’90s.
Plus the script is based “in part” on a memoir of the same name by Gary Bernsten, a senior CIA operative during the invasion who coordinated various efforts to put an end to the Taliban in Afghanistan. Fleming writes that Bernsten’s book is about how he felt “stymied by bureaucrats in President Bill Clinton‘s administration who prevented operatives from engaging a growingly malicious Al Qaeda and Bin Laden presence.
“While Bernsten describes how he and his cohorts were stunningly told to stand down when they had Bin Laden cornered in Tora Bora, he writes approvingly of President George W. Bush‘s handling of the invasion.”
Fleming quotes Stone as saying that “Gary might be a defender of the administration, but he certainly had very clear criticisms of bureaucratic snafus in Afghanistan.'”
Jawbreaker was foreshadowed by something Stone said during a panel discussion on Saturday, 10.6.01, at Alice Tully Hall called “Making Movies That Matter: The Role of Film in the National Debate.”
What politically-challenging movie would Stone like to make, he was asked, if he had his way?
“I’d like to do a movie on terrorism,” Stone said to the audience listening to the discussion. “It would be like The Battle of Algiers in which you’d just go in and show how it works. And it would be a hunt — people looking for them [the terrorists] while they’re about to do this. And perhaps it’s an old formula, but if it were done realistically without the search for the hero, which is often required, if could be a fascinating procedural.
“If it’s well done and real and accurate, you would see the Arab side, you’d see the American side…people will respond and they will go.”