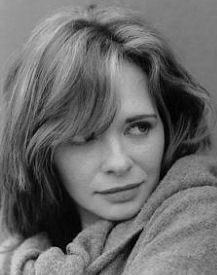 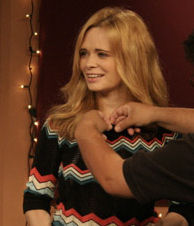 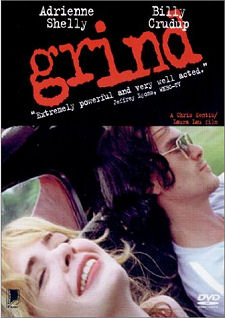 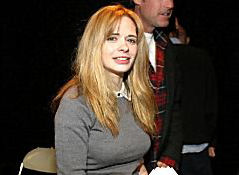 In his just-released Volver (Sony Classics), director-writer Pedro Almodovar “acknowledges misfortune — and takes it seriously — from a perspective that is essentially comic,” says N.Y. Times critic A.O. Scott. “Very few filmmakers have managed to smile so convincingly in the face of misery and fatality: Jean Renoir and Billy Wilder come immediately to mind, and Mr. Almodovar, if he is not yet their equal, surely belongs in their company.
“Volver is often dazzling in its artifice — Jose Luis Alcaine‘s ripe cinematography, Alberto Iglesias’s suave, heart-tugging score — but it is never false. It draws you in, invites you to linger and makes you eager to return. It offers something better than realism. The real world, after all, is where we all have to live; for some of us, though, Mr. Almodovar’s world is home.”
Admirations pledged to star Penelope Cruz and costar Carmen Maura are nothing to sneer at either:
With her Volver performance Cruz “inscribes her name near the top of any credible list of present-day flesh-and-blood screen goddesses, in no small part because she manages to be earthy, unpretentious and a little vulgar without shedding an ounce of her natural glamour.
“What’s more, Almodovar has cast Maura, one of the stars of his early, madcap period, as Raimunda’s mother, who seems to have returned from the dead to add a touch of the gothic (and the surreal) to the proceedings . Maura’s warm good humor is a crucial element in the film’s emotional design. It is a chronicle, mostly, of tragedy and horror, rendered in bright, happy colors.”

A reader who works out of a Morgan Stanley office in Westchester County wrote the following this morning: “I’m no expert but I think 20th Century Fox made a big, big mistake in not giving Borat a wide release this weekend.” [Editor’s note: Fox had it scheduled to go out semi-wide but then got the heebie-jeebies and cut the exposure by 800 screens.] “I work in an open office and everyone is aware of it to the point that people may be skipping out to check an early show if they can find one.
“It looks to me like a blockbuster, in short, and what are these producers going to do when half the world wants to see it and can’t this weekend? Then the word-of-mouth will die down and what could have been a $25 or $30 million weekend will end up being $15 million or thereabouts.
“I could get to a show with a little effort since it’s playing in Manhattan and nearby. That’s not really my point. I just think that they are misjudging the output they would have gotten this weekend. Sacha Baron Cohen has obviously tapped into something that appeals to Roger Ebert i.e., the intellectual joke) plus the Jackass types that like slapstick. If you have something with that wide an appeal, why put in the governor by giving it a limited release?
“I know enough about movies that I will most likely see it at some point, and then buy the DVD on pre-sale, because it seems especially funny. If a movie is that good and that appealing, its just stupidity not to release it wide. There’s a big difference between ‘Hey, let’s go see that new Borat movie/” and ‘What was that movie that people were going nuts over a couple weeks ago? Didn’t it get great reviews?'”
“It might be big enough to get over the limited release, but with all this good press I would be kicking myself if I was one of the Fox distribution people.”

14 Comments
Why I was absent

Two or three hours this morning talking to people about poor Adrienne Shelly, and then four and a half hours trying to re-launch my SAM broadcaster software to it funnels into my server so I can get into the occasional podcast thing again. Exasperating! But at least it’s done and the ordeal’s ever.