I tried to find my California Split and The Long Goodbye DVDs earlier today…loaned out! But here’s a pretty good McCabe and Mrs. Miller scene between Warren Beatty and Julie Christie, with Christie doing most of the talking. 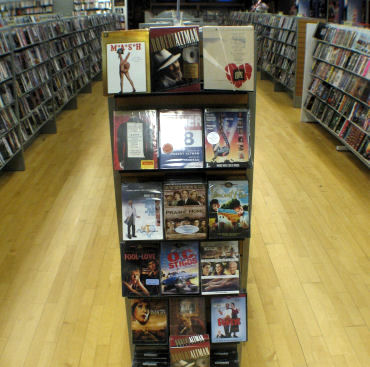 Let it never be said that the guys who run West L.A.’s Laser Blazer are ones to let the grass grow under their feet — this Altman display was up and running around by noon today — Tuesday, 11.21.06, 6:28 pm
November 21, 2006 6:26 pmby Jeffrey Wells
4 Comments
Settling Differences

“The New Line / Peter Jackson contretemps is just posturing on both sides of an ongoing negotation. There’s too much money to be made by settling their differences, so settle they will — after issuing a few inflammatory press releases first.” — a guy who seems to know everyone and is quite familiar with New Line corporate pyschology.

The forthcoming Xmas season is looking weak, weak….exhibitors are crying. Prior-to-Thanksgiving holiday-tracking is always one indicator, and the only title with any kind of potential heat (i.e., build factor) is Will Smith‘s The Pursuit of Happyness (Columbia, — 12.20) — 69, 35, 3. Otherwise nothing is over 6 or a 7 in the first choice category. Night at the Museum and Dreamgirls may ignite a month from now, but right now early tracking isn’t pointing to anything really big — nothing Lord of the Rings or Harry Potter level. It’s almost all low-flamey.
The only thing that has any kind of strength this coming five-day weekend (starting on Wednesday) is Tony Scott, Jerry Bruckheimer and Denzel Washington‘s Deja Vu — 85, 43, 15. Those are good numbers, but not overwhelming — if it was going to really burn the house down the first choice would be in the 20s. It could maybe reach $50 million as of Sunday evening.
Deck The Halls (20th Century Fox, 11.22) is looking okay — 71, 25, and 4….but the survey guys aren’t talking to the kids. For Your Consideration (Warner Independent) is mezzo-mezzo — 26, 23 and 1. The Fountain (one toke over the line, sweet Jesus) is at 44, 24 and 3. Tenacious D — 63, 27 and 5. Bobby…57, 35 (decent), first choice 7…but not overwhelming.
The Nativity (New Line, 12.1) is at 38, 27 and 2. Apocalypto (Touchstone, 12.8) is 53, 22…negative number (i.e., definitely not interested) are at 14 and holding…and the first choice is 2. The negatives and the first choice haven’t moved — that means trouble. Blood Diamond (Warner Bros., 12.8) is puttering along — 58, 31 and 4. The Holiday (Columbia, 12.8) — 61, 25 and 2…not much. Eragon , 38, 30 3.
No numbers yet on the other prospective biggies. Night at the Museum (20th Century Fox, 12.20) is supposed to be pretty good, and it may take off big-time. Dreamgirls (Dreamamount) isn’t opening wide until 12.25 — early numbers will be in tomorrow.

I’ve just heard about the death of the irreplacable, eternally influential Robert Altman. There are hundreds of things I could riff on, but death’s honesty always seems to be a little too blunt — too sudden — when it comes to really special guys like Altman. I guess the Academy got around to giving him his gold-watch award last year none too soon. His health was getting shakier and shakier over the last three or four years. 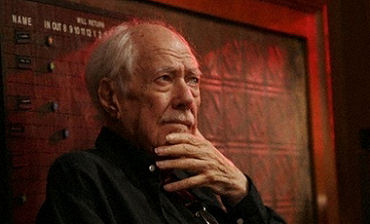 I’m more than a little startled by this. I was always thinking Altman might just have one more bulls-eye in him. Something satiric and snappy, but in a gentle-trippy- haunting way. That’s what I think of when I think of his great films.
He was a beautiful ornery man, occasionally touched by genius. That’s how genius is — it visits, whispers, flutters down and lights you up…and then it’s gone. And you can’t even show the world that it’s touched you unless you’re lucky as well. Altman was lucky and imbued enough to have things really work out maybe six or seven times in his life, and that’s pretty impressive.
I’m talking the usual litany, of course: Nashville, The Long Goodbye, McCabe and Mrs. Miller, The Player, M.A.S.H., California Split, Thieves Like Us, Tanner on HBO, Gosford Park…what is that, eight? A Prairie Home Companion was warm and very spirited…an engaging mood piece (I loved Garrison Keillor and Meryl Streep‘s singing), but not quite pantheon-level.
I used to get a real kick out of Altman’s ornery-ness. He was always friendly, but he never smiled unless he really meant it. He tended to scowl and he didn’t suffer fools. He sure as shit didn’t tolerate any of my bullshit when I first started to talk to him in early ’92, when early screenings of The Player were happening and I was trying to spread the word that Altman was back in a big way. 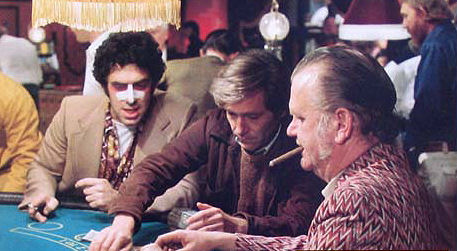 When I asked to do a second Entertainment Weekly interview with him prior to the opening of The Player in April ’92, he thought I was being inefficient and taking too long and flat-out said so: “What are you, writing a book?” A month or two later we were both at the Cannes Film Festival, and I was trying to get quotes for an EW piece about celebrity reactions to the Rodney King riots that had just happened in Los Angeles. I asked Altman for a quote at a black-tie party on the beach, and he scowled again. “This subject is too important to comment about for Entertain- ment Weekly,” he said, and then turned his back.
You can’t hear me, Bob, and if you were here you wouldn’t give a shit anyway, but I’ve been telling people that line for the last 14 years and getting a good laugh from it every time.
I lived in a studio on Hightower Drive in the Hollywood hills in ’85 and ’86 precisely because it was on the same little street where the way-up-high, elevator-access, deco-styled Long Goodbye apartment was located — the one that Elliot Gould‘s Philip Marlowe lived in. You know, the one with the naked hippie-girl neighbors who used to ask him to pick up some brownie mix on his way out to the super market at 1:30 am?