“You cannot make a daring, unusual, completely risky film about amazing, outrageous subject matter, and not expect people to be polarized. When I made Secretary, there were people who thought it was a dirty movie. And there were people who were very moved by it. Those are the only kinds of films I’m going to make anyway. I know the game I’m in, [and] I’m not capable of — nor am I interested in — making a film that is attempting to appeal to everyone. That would be ridiculous. 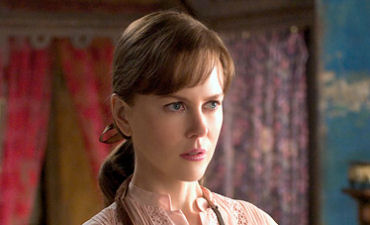 “I mean [that] I’m interested in making the most personal films I can. My own internal life has enough complexity to it — and I’m in touch with it enough — that I’m going to put people off. And I’m also going to attract people. To me, those are the most interesting kinds of films. What’s the point in trying to make a movie that is trying to be all things to all people?” — Fur director Steven Shainberg to The Reeler‘s Stu VanAirsdale, in response to a brutal pan of his film by Time critic Richard Schickel, posted on 11.3