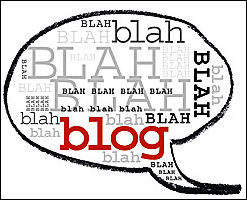 “Right now the writers who matter are the Oscar bloggers, who create the buzz studios need to keep their campaigns humming. In years past, the studios controlled the conversation, shaping campaigns with swanky ‘For your consider- ation’ ads. But the internet has changed everything. Just as Daily Kos and other liberal blogs exert a powerful gravitational pull over Democratic Party politics, the blogmeisters have become the key generators of buzz in Oscar campaign- ing.”
Thompson is the only one to receive Patrick’s full approval. He says O’Neil’s cover- age is breathless and campy, he calls Poland a know-it-all, and he zings me twice — for talking too much about clattering silverware screwing up taped interviews and (good God…not again) saying a few weeks ago that I was “very satisfied — I can even say comforted — that I was part of the team that…took down Munich.”
I swore, sighed and wrote Goldstein the following rebuttal: “By your own admission Hollywood Elsewhere has an impact of some kind. It gets into this and that topic, it gets read around town, etc I must have written…what?…six or seven anti-Munich screeds last year. I ran a photo of a ripped Munich billboard that may have done more to hurt that film’s Oscar chances than any piece of writing. And if there can be said to be a ‘team’ that helped to take down Munich — and c’mon, you know that columnists are part of the engine that drives any industry sentiment or current — why is it bad to say I was merely part of the effort?
“Not the leader, not one of the big cheeses, not Gen. Patton, not a major, not a captain, not a lieutenant…just another griping foot soldier trudging along in the ’05 mud and doing what I could to puncture the ego-collossus of Spielberg & the arrogant determinations of Time magazine. What’s so egoistic and boastful about that? If my father said, ‘I was a lieutenant fighting on Iwo Jima, and therefore I was part of the effort that defeated the Japanese on that island’…would that be seen as boastful and out-of-place?”