The harder, blunter version of Brian Helgeland‘s almost eight-year-old Payback is coming out on Paramount Home Video in March ’07, and it’ll also show at the Santa Barbara Film Festival in late January. A good guy gave me a VHS of it a few days ago; I watched some of it this morning. It’s smart and amusing in spurts, and I guess it’s an improvement of sorts…but its not much of one. I found it a little too dour. That’s one way of saying I still prefer John Boorman‘s Point Blank, the 1967 noir classic. 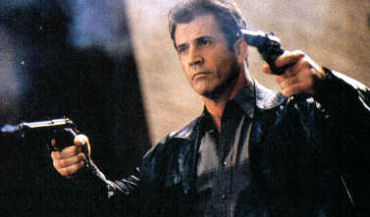 Both are based on Donald Westlake‘s “The Hunter.” Mel Gibson plays the hardball avenger in Helgeland’s version; Lee Marvin played the same guy in Point Blank . But the names…my God. Westlake’s character was called “Parker.” Marvin’s is called “Walker” — good metaphor, self-sufficient traveller, man on a journey — but Gibson’s is called “Porter.” That sounds subservient, timid…the name of an accountant.
I’ve recorded dialogue from a portion of the same scene in both films. The Point Blank version is between Lloyd Bochner‘s Carter and John Vernon‘s Mal Reese; the Payback version is between William Devane ‘s Carter and Gregg Henry‘s Val Resnick (same as Reese). Notice how much more lean and direct the Boor- man version sounds, and how tedious it feels when Henry half-jokes about not knowing Porter’s first name. 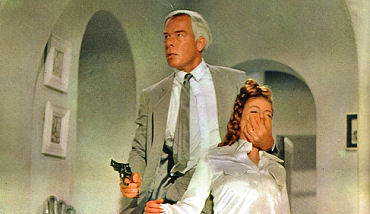