The great Phillipe Noiret, the portly, droopy- faced French character actor whose three greatest performances were in Giuseppe Tornatore‘s Cinema Paradiso and Bertrand Tavernier‘s Coup de Tourchon and Life and Nothing But, died a day or two ago. A sad thing to report, but we’re all getting there sooner or later — no exceptions. Weep not for Phillipe, who lived a very full and succulent life. 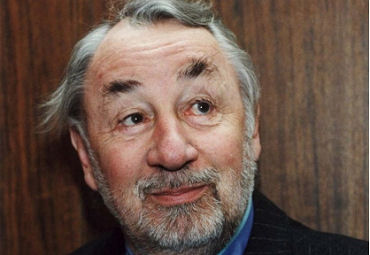 A man of cosmopolitan tastes who never failed to convey patience, kindliness and thoughtfulness, Noiret had recently turned 76 years old. The IMDB says he made 150 films, starting with his debut in a 1949 production of Gigi. His final film, Trois Amis, is apparently in post and set for release next year.
I admired Noiret all my life, but I never really swam in the pool. Houston-based critic and blogger Joe Leydon did for years, however, so please read his moving, very well-written tribute piece, which went up yesterday.