“Black America should have been singing hosannas about the ascendancy of Condoleezza Rice” because “it is time to celebrate the New Black Americans — those who have sealed the Deal, who aren’t beholden to liberal indulgence any more than they are to the disdain of the hard Right,” screenwriter John Ridley has written in the December Esquire. “It is time to praise blacks who are merely undeniable in their individuality and exemplary in their levels of achievement. 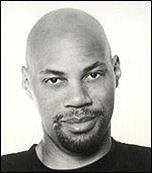 “But Condi was Republican. So never mind. Never mind she’d spent a lifetime facing down racism. Born in Birmingham at the peak of race hate, Condi was a schoolmate of Denise McNair, one of the ‘four little girls’ bombed to death in September of ’63 at the Sixteenth Street Baptist Church. [But] niggers and old-school shines couldn’t abide her.
“Same as with Clarence Thomas, they let her politics obfuscate her accomplishments. They stamped her: Not Officially Black. Loggers tagged her a ‘Sally Hemming for the 21st Century.’ Left-leaning pundits smeared her with the slurs ‘Aunt Jemima’ and ‘brown sugar.’ Julian Bond, reaching deep into the old-school bag of tricks, turned to rhyme to asperse Dr. Rice’s authenticity: ‘Just because they are your skin folks, doesn’t mean they’re your kinfolks.'”
The title of Ridley’s piece is “The Manifesto of Ascendancy for the Modern American Nigger.”