All due respect to Brian Wilson biographer and legend-protector David Leaf, but I think he’s too close and too invested to help render a warts-and-all Wilson biopic for producer Mark Gordon. On top of which Wilson’s managers Ronnie Lippin and Jean Sievers are also part of the deal…forget it. 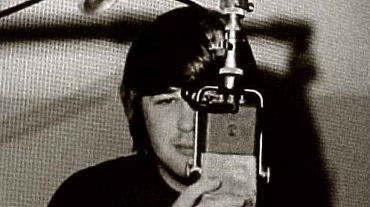 The only way to make a biopic of an eccentric rock genius work is to have the freedom to be absolutely merciless. People invested in your continued well-being are obviously incapable of this; every time there’s a family member or trusted friend involved the biopic turns out to be dreck, or at least overly soft. Leaf and John Scheinfeld ‘s The U.S. vs. John Lennon was made with Yoko Ono‘s involvement, and look what happened — one of the biggest rock doc crocks ever made.
The cool part, if and when the script pans out and they get a green light, will be in the casting. That obviously means they’ll have to find a tallish, pasty-faced actor who not only looks like Wilson, but can put on lots of weight (or stand still for a heavy prosthetic blubber-gut make-up job).
Wilson’s story has already been told, of course — and very movingly — in the 1995 Don Was doc I Just Wasn’t Made For These Times.
Gordon told Variety‘s Michael Fleming that “Wilson’s willingness to include the rough spots in his life, and the guidance of Beautiful Dreamer filmmaker Leaf (who’s known Wilson for 30 years), gives the movie its core” — bunk.
“I admire Brian for his willingness to tell his story truthfully,” Gordon told Fleming. “It’s complex and there is a lot to be learned from what he went through. It’s easier to tell that story when you’re in a good place and you have a happy ending. Brian has that now.” 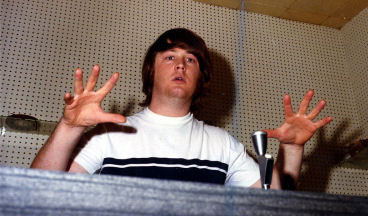 It can’t and won’t work. Not with these guys at the helm. The only chance at success is to hire a director who’s totally un-invested — somewhat respectful but fundamentally indifferent to the Wilson legend. You obviously need someone who gets Wilson and his music and knows Pet Sounds backwards and forwards…but it can’t be an American who was into the surf-and-frolic thing as a teenager. Gordon needs to hire someone from a gray, foggy country like England or Germany to direct it — Perfume helmer Tom Tykwer, say, or The Lives of Others director Florian Henckel von Donnersmarck .
In short, it’ll take a strong visionary outsider to stand up against the Leaf-Lippin- Sievers alliance, which will have one goal and one goal only — to keep the finished film from hurting Brian’s feelings.