Dargis on “Children of Men”

“There are, Mr. Cuaron suggests in Children of Men, different ways of waking up. You can either wake up and close your ears and eyes, or like Theo you can wake up until all your senses are roaring. Early in the film Theo (Clive Owen) and the restlessly moving camera seem very much apart, as Mr. Cuaron keeps a distance from the characters. 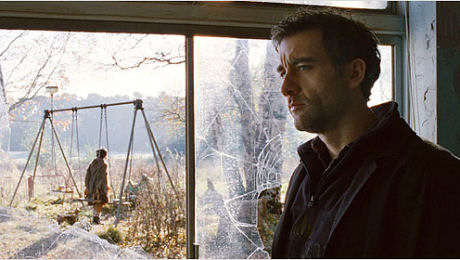 “In time, though, the camera comes closer to Theo as he opens his eyes — to a kitten crawling up his leg, to trees rustling in the wind — until, in one of the most astonishing scenes of battle I√É¬¢√¢‚Äö¬¨√¢‚Äû¬¢ve ever seen on film, it is running alongside him, trying to keep pace with a man who has finally found a reason to keep going.” — N.Y. Times critic Manohla Dargis in today’s edition.