Weinstein Co, publicist Liz Biber told me this morning that George Hickenlooper‘s Factory Girl(Weinstein Co., 12.29) will definitely screen “several” times this week for the benefit of New York and Los Angeles critics, as well as the Hollywood Foreign Press. (The National Board of Review saw it yesterday afternoon.) She said she’ll be contacting everyone on both coasts today and giving them screening dates and times between now and Saturday. 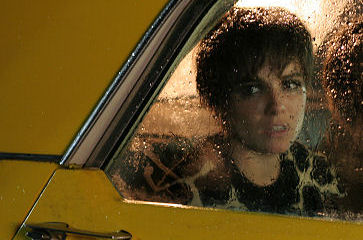 This despite the last-minute, down-to-the-wire additional shooting last month and the re-editing and re-mixing that Hickenlooper finished only yesterday morning (with more tweaks to come over the next week or two), and despite some critics (including a couple of influential ones from the LAFCA and NYFCC orgs, which will decide their annual awards this coming Sunday and Monday, respectively) complaining that the Weinstein Co. doesn’t have its act together and that showing a would-be contender this late in the game makes it difficult all around.
The odds that anyone will jump up and down about Factory Girl or even the performances are not high at this stage of the game — let’s face it. But you have to admire the spirit of HIckenlooper and the Weinstein Co. to somehow make it work despite the pressure and general insanity.
Biber wants it understood that there are still a few polishings and smoothing yet to be done on the version that will show this week. Those are curious terms when it comes to this film because Factory Girl has a deliberately raw, unpolished, Warhol-of- the-late-’60s visual scheme, which naturally synchs with the story and the era in which it happens.
Since running an early review last August, I’ve been waiting for the big end-of-the- year moment when it would finally start screening for the big-gun critics. Having pretty much done cartwheels over Sienna Miller ‘s performance as Edie Sedg- wick (and Guy Pearce‘s as Andy Warhol), I wanted to know if I’d be joined by several others or be all alone on an island. 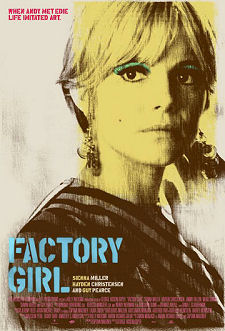 I spoke to Us critic and NYFCC Thelma Adams this morning about this whole magillah, and she said that “several screenings at this stage of the game are not good enough for me right now.” But NYFCC members vote next Monday and the screenings start tomorrow, I countered — you have four or five days to see it. “This is very last minute,” Adams said. “I’m a mom, I have to commute into town…if they sent me a DVD I could maybe watch it.
“I’d like to see it, I’m curious to see it…but it’s the deluge factor right now. They’re screening Letters From Iwo Jima and The Good Shepherd this week, to name but two. This has been a good year and I could easily fill a top ten list right now, and you have so many Best Actress contenders already in place. .Sienna Miller doesn’t stand a chance unless she’s drop-dead brilliant. Bless their hearts” — she meant the Weinstein Co. — “but they’re pushing too much, too late. It almost seems to do a disservice to the film to put it out this way.”