“You’d have to go back to the old Hollywood studio days to find a year like 2006, when stars’ off-screen personalities so completely overshadowed their movies,” N.Y. Times columnist Caryn James wrote yesterday. A good piece, but while she cites numerous examples of celebs who’ve had to cope with this syndrome (Tom Cruise, Mel Gibson, et, al.), she misses a fairly large sitting one sitting smack dab in the middle of an upcoming film — Anthony Minghella‘s Breaking and Entering (Weinstein Co., 1.27.07 wide). 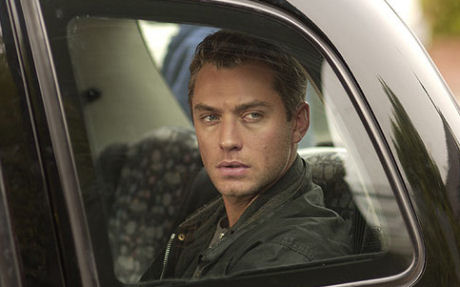 As soon as Jude Law, who plays a married London architect, begins an affair with a Bosnian immigrant (Juliette Binoche), you’re immediately reminded of his tabloid infamy (i.e., sleeping with the nanny, losing fiance Sienna Miller) in the summer of ’05 — and you can’t help but wonder why Law chose this moment in his career to play an infidel, especially on top of having played a hound in Charles Shyer‘s Alfie.