N.Y. Times writer David Halbfinger writing about Grace Is Gone, “a tiny, taut and” — the filmmakers hope — “affecting entry” in the dramatic competition at next month’s Sundance Film Festival. Directed and written by James C. Strouse (whose first script was Lonesome Jim, which Steve Buscemi directed), it stars John Cusack as a man whose wife is killed in battle in Iraq, leaving him the task of breaking the news to their two young daughters. 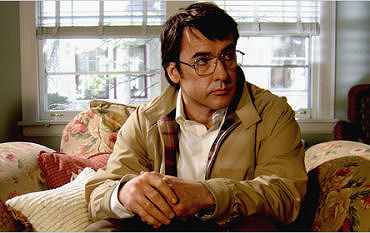 “I really think it can be deadly to have an agenda in telling fiction,” Strouse says. “I wanted to connect with people on an emotional level. And I thought the best way to do that was to try and play it as straight and true as I could. There was always the hope that this could somehow be above the argument, and challenge your opinions, whatever they are — to not let anyone off too easily.”
Strouse — what is that, a WASP-y re-spelling of “Strauss”?