I had a chance to grab a dinner last night in Venice with Fox news guy Bill McCuddy, and it was a full-out pleasure to kick back and ignore the BFCA Critics Choice Awards shebaggle going on at the Santa Monica Civic, about a mile north of Hal’s. Is the BFCA breathing the same pollen as the Hollywood Foreign Press? Or the Oscars, even? (Consider this Oscarwatch.com comparison.) Do they even have the same kind of lungs? 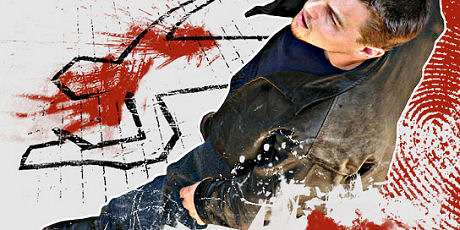 If either is the case, or simply if the wind continues to blow in the direction it now seems to be blowing, then The Departed, Babel, Borat and, most importantly, Little Miss Sunshine may end up with most of the Golden Globes glory on Monday night.
It wasn’t a matter of how many Critics Choice Awards Dreamgirls, Little Miss Sunshine and The Departed won last night — it was what kind of wins.
Dreamgirls and Little Miss Sunshine took four trophies each, but Sunshine‘s were more substantial (or they seemed so to me) — Best Original Screenplay and an acting ensemble award (important) along with two minor performance awards (for Paul Dano and Abigail Breslin). Dreamgirls took two significant acting awards — Jennifer Hudson and Eddie Murphy for Best Supporting Actress and Actor — plus best song and soundtrack wins. Due respect, but these last two don’t matter a whole lot. The soundtrack award is especially what-the-fuckish.
The Departed, by contrast, ended up with the two biggest and meatiest awards — Best Picture and Best Director (Martin Scorsese).
I’m not saying that the BFCA wins are HFPA or Oscar bellwethers, but if they are…
This is on the tip of everyone’s tongue, so I may as well just say it: if Sunshine or Borat take the Best Comedy-Musical Golden Globe Award, people are going to be saying that Dreamgirls is really on the ropes. Obviously the Academy and the HFPA are separate equations — they have their own filters and standards, and choose what they damn well prefer. And to hear it from some who’ve been around a few years (a certain New York-based columnist, for one), a portion of the HFPA membership is thought to harbor certain attitudes regarding African-American culture, so a Dreamgirls turndown, if it happens, will be, at the very least, tainted by this suspicion.
I’m not supposed to say this, and I don’t want to say this because Dreamgirls has a lot of enjoyment and punch and pizazz. I have no major beef with it except for my view that it doesn’t really flow and seep in, but it’ll be Huge News if the Golden Globes go for LMS or Borat in the comedy-drama category. It’ll be Holy Shit time …the big brassy presumptive front-runner tackled and brought down behind its own line of scrimmage. David Poland has been a good hard-charging linebacker, but… 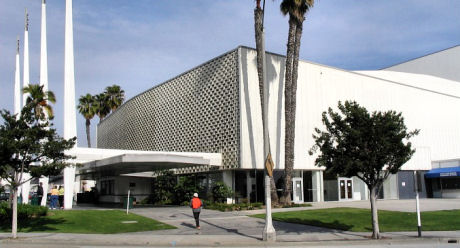 Then again, a prominent Oscar strategist who’s not on the Dreamgirls team thinks it’ll win on Monday night. And maybe it will. If this happens, fine. It’s best not to say anything more, but it’s going to be a helluva dramatic moment either way.
My own prediction is that the Best Picture Oscar is going to be won by either The Departed or Little Miss Sunshine or Babel. I think Dreamgirls, for all the spunk and flash, is almost certainly out of the running because it doesn’t have that emotional schwing. Nobody in it falls in or out of love in a way that makes you hurt for them, nobody tragically or bravely dies, it doesn’t make you cry. It doesn’t even titillate with sex. And if I turn out to be wrong, cool…whatever.
Here’s a rundown of all the BFCA winners. MCN’s Laura Rooney did the posting last night…good fast work