If and when Little Miss Sunshine‘s co-directors Jonathan Dayton and Valerie Faris are Oscar-nominated and then win, or if Little Miss Sunshine itself wins the Best Picture Oscar, will Dayton be the first Oscar winner to come up on stage wearing a pork-pie hat? 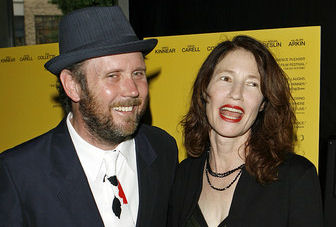 Wearing a pork-pie hat is a GenX urban hipster thing….an advertisement for a certain disaffected, cool-cat mentality that one associates with generational attitudes embraced by X-factor types born between ’64 and ’80. (The fact that Dayton is technically a mid-boomer — he was born in ’57 — is immaterial.)
There are a lot of boomers in the Academy, and I’ve never seen one wearing a pork-pie hat. Most boomers think pork-pie hats are, well, dorky. The last famous guy to wear a pork-pie hat was Justin Timberlake, I think, and before that Elvis Costello…and before that Gene Hackman‘s “Popeye” Doyle in The French Connection.
I’m half-suggesting that a pork-pie hat is a culturally divisive thing to wear, and that it may cost Dayton and Faris some votes. I’m not suggesting that he abandon it — it’s a Dayton trademark thing, and I realize he probably wears it because his hair is thinning and he doesn’t feel right about doing an Elton John. But I am saying that wearing any kind of vaguely “different” fashion accessory tends to exact a slight social price.
And especially one that says, “Looking cool in a GenX sense is important to me…on top of which I haven’t come to terms with my thinning hair.”