Dreamgirls, the musical that many, many people (David Poland included) said over and over would win the Oscar for Best Picture, hasn’t even been nominated for Best Picture….double, no, triple-strength shocker!…an omission that will live in the annals of Oscar nomination history. 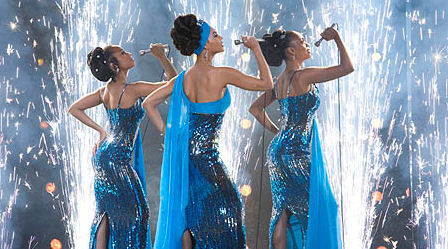 Eight Dreamgirls noms, but not for Best Picture

The gloom clouds hanging over the Dreamgirls camp right now are extremely dark and Cecil B. DeMille-y. For what it’s worth, my sincere condolences to Bill Condon, Larry Mark, Terry Press, Nancy Kirkpatrick, David Geffen and the gang. I never hated Dreamgirls or campaigned for its demise, and while we all knew it couldn’t win the Best Picture Oscar, I honestly thought it would be nominated this morning for Best Picture.
I think it’s entirely fair to say in the wake of the Dreamgirls Best Picture wipeout that there is now a supportable cautionary assumption called the Curse of Poland. Phantom of the Opera, Munich and now Dreamgirls — if David Poland pushes your movie early and hard for Best Picture during the final months of the year, the producers and publicists behind this film will have reason for concern.