James C. Strouse‘s Grace is Gone, which I saw last night at 10 pm, is the best film I’ve seen so far at Sundance ’07. It’s a plain and pared down thing, emotionally subtle but very specific and often moving, familiar and understated with a Midwestern voice of its own — a family film about a very American, very here-and-now tragedy. 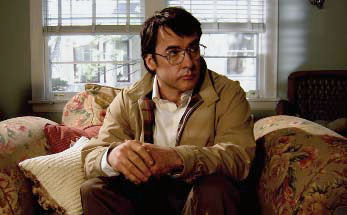 It definitely stands a chance of being remembered at year’s end, certainly for John Cusack‘s deeply touching performance (a major step forward given his career-long inhabiting of hip sardonic wise guys) and possibly in the Best Picture, Direction and Screenplay categories at the ’08 Spirit Awards, and perhaps beyond that. 2007 has barely begun, but Grace has the kind of quiet poignance and gravitas that lingers.
I heard last night that the Paramount Vantage team was circling, but the Hollywood Reporter guys have just broken the news that the Weinstein Co. has picked it up.
Grace is Gone is a rare Sundance film in that it bridges a red state-blue state sensibility. It is basically antiwar (and clearly anti-Bush), but at the same time non-judgmental in its portrait of a patriotic dad (Cusack) who’s barely coping with the news of his wife having just been killed, and particularly how to break the news to his two daughters (one of whom is played by Shelan O’Keefe).
Grace is humanistic and character-driven, but, as Sundance programmer John Cooper has written, the fact that it “can be construed as pro-military guarantees its greatest impact.” It’s a curious case — a movie made by anti-war blues that exudes heartfelt respect and compassion for the patriotic reds. I’m putting it a bit bluntly, but that’s the basic deal. 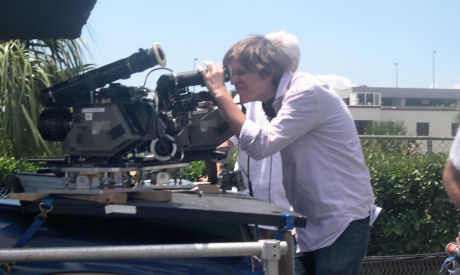 There’s a shiftless-brother-of-Cusack character (Alessandro Nivola) who espouses antiwar views, but the film is apolitical in its focus on family grief and confusion. It’s obviously frowning at Cusack’s blind loyalty to the Bush cabal’s handling of the war but it doesn’t get into argumentative particulars or windy rhetoric. I can imagine this film playing in rural Republican/Bubba territory sometime later this year, and mainstream conservative guys and their wives and children coming out of the theatre and going, “Yeah…good film…solemn, truthful.”
Cusack’s Stanley Phillips goes into a kind of stunned tailspin when he hears news that his soldier wife, Grace, has been killed in Iraq. The extent of his meltdown is evident when he decides to hide the news from his daughters, deciding instead to take them on a road trip from their home in Minnesota to a Disney World-type amusement park in Florida.
He obviously needs to spill it sooner or later, but he puts it off and puts it off. His older daughter, 12, senses right away that something’s up but she doesn’t force or confront. Eventually her younger sister also starts to detect a certain vibe in the air. The movie is about the drip-drip-drip of truth seeping in, scene by scene, line by line. It takes its time getting there, but it never bores or drags. 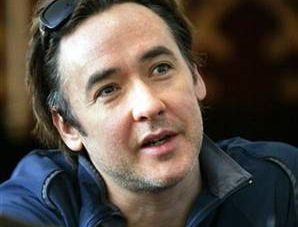 Cusack, who produced along with four or five others, is an adamant anti-Iraq War leftie, and good for that. He feels, obviously, for those military people who’ve been killed so far, and believes that their tragedies shouldn’t be hidden. Cusack has been quoted as saying that the Bush administration’s policy of banning media coverage of America’s war dead as their remains are returned is “one of the most shameful, disgraceful, cowardly political acts that I’ve seen in my lifetime.”
The elegance of Grace is Gone, by contrast, is that it doesn’t “say” anything, but there’s no mistaking what it’s saying.