Hollywood Wiretap‘s Pete Hammond is saying with yesterday’s Babel-favoring Producer’s Guild nominations and this morning’s SAG noms, “it may be time to jump on the Babelwagon.” 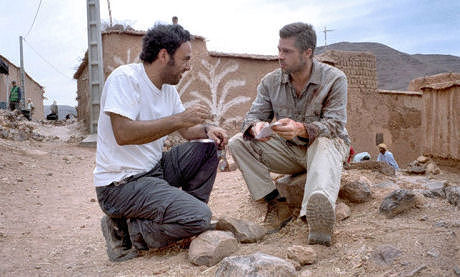 “In Munchkinland when The (Lollipop) Guild spoke, Dorothy listened. In Hollywoodland when The Guild speaks, everyone listens, at least during awards season because, to put it bluntly, the PGA, DGA, SAG and WGA noms and awards — more than all the seemingly hundreds of critics groups awards and top-ten lists combined — are by far the best indicators of where Oscar is heading in any given year.
“Quite frankly they are the only things that matter (of the pre-Oscar indicators),” one prominent awards consultant told us yesterday.
“The reason obviously is that all these unions are made up in part of Oscar voters as well. Of course they all have an even larger contingent of TV people on their membership rolls but that hasn’t kept the strong correlation between a guild nom and an Oscar nom from occurring year after year. 2005’s eventual Oscar champ, Crash, was barely on the map just 12 months ago when the Producers Guild gave it a surprise Best Picture nomination and all the others followed suit.
“Now with the PGA and SAG noms in, the race further tightens but what these nominations have told us is basically what we already know. Four Best Picture slots, most prognosticators seem to believe, will go to Dreamgirls, The Departed, The Queen and Little Miss Sunshine — and indeed they appear to be headed just that way. 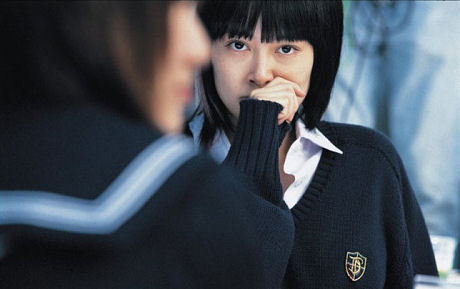 “The coveted fifth slot, previously conceded to be a contest between the darker dramas like Babel, Little Children, Letters From Iwo Jima and (because of critical support) United 93, is now edging closer to a lock for — drumroll, please — Babel following up its combined 14 Golden Globe and Broadcast Critics noms with a PGA Best Picture nod and its tie for a leading 3 SAG nominations including Outstanding Cast.
“The latter [is] the guild’s version of a Best Picture prize (won last year by Crash). Perhaps most surprisingly, Clint Eastwood’s dual achievement of Letters From Iwo Jimaand its counterpart Flags Of Our Fathers, was completely overlooked by both groups. Did they cancel themselves out?
“But before we all jump on the Babelwagon, we should note that in fairness to Universal’s struggling-to-be-seen, and star challenged United 93, it was expected to get no action from the actors and little from the PGA. United 93‘s major test comes with the WGA and, especially, DGA nomination announcements next week.
“Right now [the Paul Greengrass film] has won several critics group Best Picture awards and has hit more top-ten lists than any film other than The Departed and The Queen, which are both heavily favored to repeat their success with the Academy.”