Which of the two leading Warner Bros. Oscar campaign screw-ups was the more egregious? One, deciding to release Letters From Iwo Jima in ’06 too late for any serious traction (they’d planned to bring it out in February ’07, changing their minds at the last minute because of the implosion of Flags of Our Fathers)? Or two, putting Leonardo DiCaprio up for Best Actor in the mostly mediocre Blood Diamond while lumping him in with Matt Damon, Jack Nicholson, Mark Wahlberg and the others in The Departed as an ensemble Best Supporting Actor candidate? 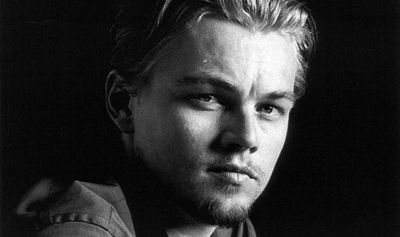 I mention the second possibility because of what Pete Hammond has written in his latest Hollywood Wiretap column, to wit:
“One actor [I’ve spoken to] who has yet to vote said there was concern among others she knows that Leonardo DiCaprio could cancel himself out with his two starring films, The Departed and Blood Diamond, and that the Warner Bros. campaign to put him ino the supporting ateogry for The Departed could backfire.
The DiCaprio confusion “is already all over the map in other awards shows, with SAG noms for Leo in Blood Diamond in lead and The Departed in supporting, while the Globes and BFCA have him competing against himself solely in lead.” Hammond’s actress friend’s solution “is to nominate him for Departed in BOTH categories, hoping one comes through with enough votes to guarantee him a nomination somewhere.
“There is a real danger he could get more votes than anyone else for the two films combined, but not enough for one alone.”
What Warner Bros. should have done in the first place was strongly push DiCaprio and Damon for Best Actor in The Departed as well as DiCaprio for Best Actor in Blood Diamond. If they were realists they would have known all along that the Diamond campaign would fall flat on its own accord because nobody likes the movie, which would get them off the hook without offending Ed Zwick.
I hope DiCaprio’s Best Supporting Departed nomination thing works out and he wins — it’s the best performance he’s given since Gilbert Grape plus it’s his first coming-out role as a rough-edged adult — but if it fails, you know who to blame.