“I feel like film has become this very self- conscious medium. In a lot of art forms you see a movement from modernism to post-modernism, and I think right around the time of Star Wars and Raiders of the Lost Ark…it used to be that movies were about real life, and after the mid-’70s you started to have movies that were about other movies. 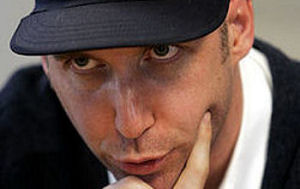 “As a reader — I used to read screenplays for a living — you read a lot of stories that are self-referential. I feel like that’s a poison on the industry. I know that one of my rules is, if I’ve seen it in a movie I don’t want to see it in my own script.” — Little Miss Sunshine screenwriter Michael Arndt contributing to a screenwriter’s panel discussion on The Envelope, conducted by Jay Fernandez.