No one deserves to win the Best Cinematography Oscar more than Emmanuel Lubezki, the dp of Alfonso Cuaron’s Children of Men. His shooting of that futuristic thriller isn’t just striking or painterly or what-have-you, but legendary. The sheer brilliance of those three (or is it four or five?) long uncut action sequences are not just exciting or breathtaking — they signify a turning of the page. No serious action film will be shot in quite the same way hence; Children of Men has heightened the bar. 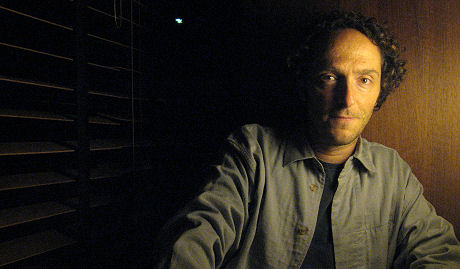 Lubezki and Cuaron’s decision not to shoot master shots or close-ups (a heretical practice by the standards of most cinematographers) is a key part of an approach to cinematography that, they decided, would make Children of Men visually exceptional in two ways. One was to ape the Stanley Kubrick/Full Metal Jacket kind of photography (intricate choreography, long uncut scenes, hand-held) that we’re all familiar with, but also with a shooting style that not only allowed for but embraced accidents, like the splattered blood on the lens during the final battle sequence.

Lubezki deserves the Oscar, I feel, for those blood spots alone. Cuaron, he says, didn’t like the spots at first and had to be persuaded that they weren’t a mistake that needed re-doing, but, as Lubezki puts it, “God-sent.”

It’s obvious after speaking with Lubezki, who also shot Terrence Malick‘s The New World and Michael Mann‘s Ali, that he’s not into your father’s cinematogra- phy. He doesn’t believe in shooting films that are awesome to look at in the traditional Freddie Young sense– films that stand out for their drop-dead handsomeness — as much as ones that put the viewer into the action in a way that feels raw and immediate, but with images that feel extremely controlled and well-tuned.

We met at Westwood’s W hotel two the night before last and talked about everything. I loved hearing how he and Cuaron managed that first extended shot in Children of Men in which five people in a van are attacked by marauders and have to run for it — a shot that required an elaborate rig built on top of the van, but which ends with the van driving away with the rig having disappeared. (The secret obviously involved a “digital switch” — Lubezski wouldn’t reveal the particulars.) And I loved hearing that Lubezki has been as frustrated with cruddy sound, light and focus levels in out-of-the-way commercial theatres as I have. 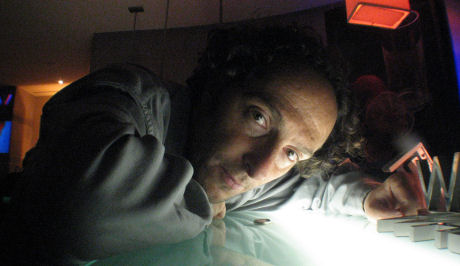 I loved hearing his view that “coverage” — a standard requirement to shoot masters and close-ups to complement the shooting of each scene — “is almost the worst thing that’s happening to film right now…it’s like a formula and the shots don’t mean anything any more….you can cut a lot of movies together and they all look the same…I think we’re abusing it.” He says he;s getting more excited these days by hand-held internet videography and particularly “Kevin Sites in the Hot Zone,” the Yahoo-funded site that’s all about a guy going from one conflict area to another and shooting raggedy-ass video footage.

Lubezki’s visual influencers and heroes, he says, include Max Ophuls, Roberto Rossellini, Martin Scorsese and Orson Welles. And he didn’t agree with everything that happened on Children of Men, he confides. He didn’t want the film to end with the arrival of the rescue ship, called “Tomorrow,” but with the rowboat just floating on the sea. “I’m still so close to the movie, and I have my own problems with the movie, that it’s going to take me a couple of years to see it objectively,” he explains.

I so loved listening to the rough cut of the interview recording that I decided not to edit it. (Okay, I shortened it slightly but only because the conversation was starting to digresses too much toward the end.) Anyway, here it is. You need’t listen with a good sound system, but it’ll sound better if you do. The ambient noise doesn’t get in the way much. Lubezki ‘s gentle, softly-accented voice comes through fairly clearly all through. 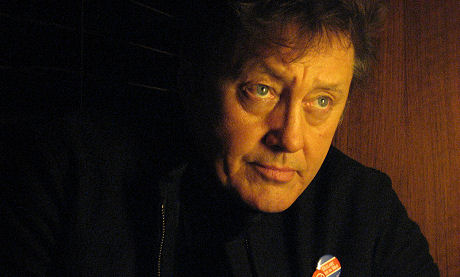 Taken by Lubezki with my own Canon PowerShot A540, with lighting provided only by a small candle