As this Pete Hammond audio interview with Mike Binder confirms, Reign Over Me (Columbia, 3.23), which Binder directed and wrote, has a gnarly marketing issue that’ll require some expert finessing. 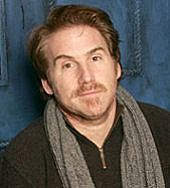 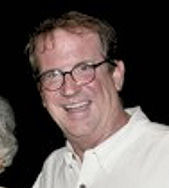 The over-30 couples who would absolutely respect and admire and probably love this film are disinclined to attend because Adam Sandler plays the lead, and the under-30 popcorn-munchers who love Sandler’s dumb comedies are (probably) cool to it also because they can smell the quality aura coming off this film and they (probably) don’t want that — they want funny-irreverent Sandler shtick with a low-rent slacker attitude.

This puts Reign Over Me between a rock and a hard place, and one way Columbia marketers are trying to finagle this is by sending Binder and Sandler on a city-by-city promotional tour in which they’ll do live electronic interviews and post-screening q & a’s. The tour won’t include stops in New York or Los Angeles — Sandler wants to avoid dealing with the N.Y./L.A. journo-critic elites (i.e., the majority of whom resent him going in because they believe he’s an avatar of cultural degradation) and concentrate on supposedly friendly hinterlanders.

“This is not the kind of film that we often see big-studios making,” Hammond says in the beginning. “This has more of an indie feel.”

Binder later discloses that he initially wrote Reign with Tom Cruise in mind for Sandler’s lead role (i.e., an emotionally catatonic ex-dentist who spends all his time playing video games, eating Chinese good and listening to The Who and Springsteen on vinyl) and that the Don Cheadle part (an old dental-school friend of Sandler’s with emotional-sharing issues of his own) was going to initially be played by Javier Bardem until he fell out. 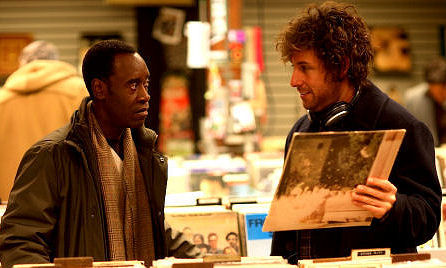 Binder says he actually considered cutting an end-of-Act Two scene when Sandler’s character has an emotional breakdown and unloads his pain about having lost his family, etc. It’s a totally “money” payoff thing and perhaps Sandler’s finest moment as a serious actor…and Binder wanted to cut it because he began to feel uncomfortable about what he felt might be a too-heavy emotional impact.

Here, for the fourth or fifth time, is my Reign review from last August.