When an actress has it, there’s no missing it. A certain spark, a special spritz …something extra that sticks to the wall. This doesn’t mean she’s absolutely destined for stardom or worldwide fame or even steady employment (life being more indifferent and unfair than not), but I feel compelled to say this clearly and plainly, not because I’m a talent scout but because I know what I know: Lucy Brown, a 27 year-old London actress who performed at last Monday’s WordTheatre presentation, has it. 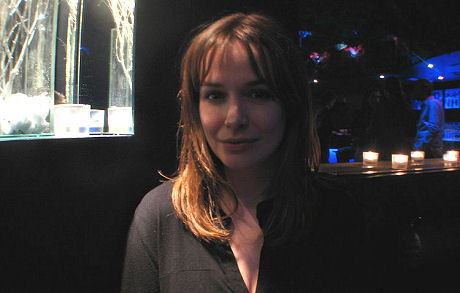 By this I mean poise and passion and a robust emotional current in her voice. She has one of those nicely cultivated but not-too-rarified British accents, and a fair amount of lung power behind it. Plus she’s dishy-creamy with big brown eyes and a sort-of earthy, unforced erotica that would seem exactly right if she were a nun and wearing a habit. That’s an odd way of putting it, I realize, but if someone were to remake Heaven Knows, Mr. Allison, she’d be a cinch for the Deborah Kerr part.

I’ve got her pegged as a British Rachel McAdams (who started to get famous at roughly the same age) with a little Saffron Burrows and some mid ’60s Julie Christie thrown in.

And yet Brown has done nothing so far but British TV roles (the popular sci-fi/ dinosaur series Primeval, Minotaur, Whatever Love Means) and has never been to Los Angeles — literally. Her London agent is ICM’s Fiona Mcloughlin, but when you call ICM’s Los Angeles office and ask for her local rep, you’re told she has none.

The first wake-up happened before the WordTheatre event began. I was sharing my reactions to Peter Morgan‘s screenplay of Frost/Nixon, which Ron Howard is going to direct later this year, with Brown, Ian Hart and another guy, and I said at one point that it didn’t find it terribly emotional. “Oh, but it is…it is that at the end,” Brown replied. I like people who convey impressions with absolute certainty. 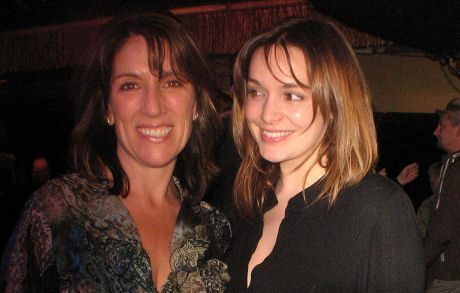 Then came Brown’s WordTheatre reading of Rose Tremain‘s “21st Century Juliet.” The verdict around the room after the show ended was that Brown’s reading was the best (certainly the spunkiest), closely followed by Ray Panthaki‘s reading of Gautam Malkani‘s ‘Paki.”

Tremain’s story is about a young woman of some breeding and opportunity (she’s 30, works in p.r.) being sexually in love with a Moldavian builder named Romeo (pronounced “Roh-may-o”) but knowing, as always, that it would be smarter to marry some rich guy whom she likes but isn’t all that hot for. (We all know how these stories turn out.)

Richard Smith, a correspondent for a British short-story website who also attended, said that Brown read her piece “in a cut-glass accent that should have smashed the mirrors to smithereens.”

Nothing more to say about Brown except for a slightly sexist comment (either you admit to them or you don’t.) And it’s that some of us are a bit more attracted to exceptionally pretty women who don’t seem to have an immaculately sculpted, anorexia-nervosa model-thin body — women who have all the luscious attributes but seem more everyday natural and “one of us.” There’s something almost Triumph of the Will-ish about women who have trained too ferociously, and I suppose that Brown’s hot-nun thing feeds into this.

Sorry if this sounds “wrong”, but guys are always processing actresses in terms of their 1 to 10 allure, and Brown’s is somewhat different and quite potent for that.