All of those wonderful high-concept George Lois Esquire covers from the mid to late ’60s are viewable online here. in fact, some some 70 years worth (going back to 1933) are uploadable. 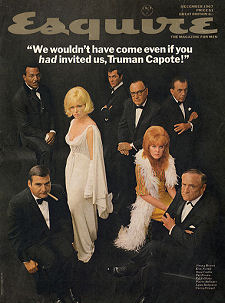 Three and a half years ago I Want Media interviewer Patrick Phillips asked Esquire editor David Granger “why magazines today seldom publish such distinctive, graphic covers? Do they simply not sell at the newsstand?” Granger said yeah, that it’s “feared that those kinds of covers won’t sell. At various times during my time here we’ve done more concepty, graphic covers, and generally it’s kind of a tough sell.”