N.Y. Times columnist Caryn James is on probation with an ankle bracelet for having gone sweet on Will Ferrell, the world’s dorkiest-looking and, I feel, the most monotonous and not-all- that-funny comic performer around today. I’m feeling this more acutely than usual because of the impending Blades of Glory (Dreamamount, 3.30), which I’m dreading like the plague even though it’s going to wail at the box-office five days from now. 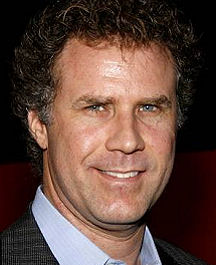 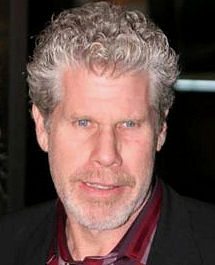 I know what the Will Ferrell treatment is all about, and I’ve been wanting a break from it since he did that cameo in The Wedding Crashers. (I haven’t really and truly enjoyed the guy since the days of his George Bush impressions on SNL.) Plus I’m starting to feel more and more turned off by the New Homophobia (straight comedians getting laughs by pretending to be passionately gay while alluding fifteen ways from Sunday that having anal sex with another guy — be it a girlish blonde like Jon Heder or an ape with hairy legs and a five o’clock shadow — is a fate worse than death, or roughly akin to getting nailed by a smelly horse), and it’s quite clear that Blades of Glory is mired in this attitude up to its ears.

James actually states that Ferrell gave “one of last year’s most affecting performances” in Stranger Than Fiction, and that he makes the character of Harold Crick, an I.R.S. agent who hears a woman’s voice narrating his life, “a sweet, believable, heart-tugging guy.” James is a irst-rate writer and well within her rights to say this, but my knee-jerk reaction to these words was “aaaahhhh, God!”

Ferrell’s face “is often still, but you can see the thoughtfulness in his eyes,” she explains. (Ferrell actually delivers the same double-track element in all his performances, which is to project exceptional uptown intelligence that is nonetheless dominated by a bone-dumb, cement-head yahoo mentality.)

“His small facial expressions and underplayed delivery,” writes James, “become extremely funny as he registers surprise at the absurdity of his situation, then quiet, quizzical acceptance.” (Okay, this worked in Stranger Than Fiction…I’ll give him that.)

“This astute realism is not at all divorced from his comedy,” James goes on, adding that Ferrell “may be the best actor” among a group of funny guys — Adam Sandler, Jim Carrey, Bill Murray — who’ve ventured into big-screen drama.

The fact is that Ferrell, however brainy or perceptive he may be in actuality, is ruled by a certain facial-ness that shouts out Quest for Fire and features that resemble no other actor as much as the great and widely respected Ron Perlman. There’s nothing wrong with looking like Perlman in any way, shape or form, but it you lack the soul and the sadness that Perlman can convey at the drop of a hat, and you have the same kind of beady, close-together eyes and a somewhat similar overhanging forehead, you end up exuding a certain oppressive doofusness. Which is to say that servings of this over and over and over have led me (and I suspect, thousands of others) into a kind of stupefication.