If the guy who hired you goes down, you too will go down. Jungle law says you can’t just kill a lion — you have to also kill all the lionesses and cubs and political allies. And so Ruth Vitale, the former Paramount Classics co-president who was hired 16 or 17 months ago by the recently- whacked Henry Winterstern to run the distribution of First Look Studios, is jobless once again. 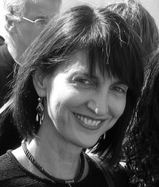 Today’s announcement follows Winterstern’s departure by about 12 days. Vitale will stay on as a First Look consultant through the end of the year. I find this stuff upsetting. For me, Hollywood execs being suddenly dropped through trap doors is no less startling or traumatic than than that cell-phone video of Saddam Hussein‘s execution, or the whackings on The Sopranos.