I smirked…no, I chortled when I read this Ronald Bergan article in the Guardian six or seven days ago — a piece that explained in some detail what a good film critic needs to have read and seen, and the terminology he/she generally needs to know. I actually found it sobering and slightly humorous. Bergan knows his stuff, and anyone looking to be a serious film critic should absolutely follow his lead. But you also have to swim in the waters as you find them. 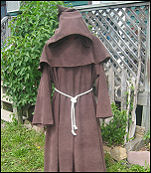 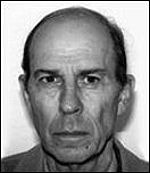 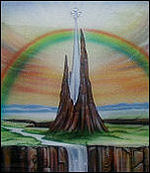 I’m saying, in part, that not knowing the difference between, say, diegetic and non-diegetic music and being unfamiliar with the writings of Siegfried Kracauer and Roland Barthes (which I am guilty of on all counts) is not going to hurt you that much in this day and age. In fact, referring to these criteria with any regularity will mark you as some kind of elitist dweeb.

By today’s degraded and debauched standards, Bergan, to go by his article, is very nearly a monk wearing brown robes and living in a country monastery and writing memos on scrolled parchment. I don’t say this with any relish; I say it because it’s almost true.

The natural proverbial environment for most of the movies released today is the colisseum, not the salon . Movies have become a mongrelized art form, and the film-snob culture that came out of the ’60s and ’70s and early ’80s is becoming more and more marginalized. It hasn’t gone away (God help us if that culture is forgotten entirely) but it has certainly withered on the vine.

If you want to respond and grapple with 21st Century movies in a way that will engage Average Joes, you have to ditch the robes and sandals, put on some jeans and boots, walk down the winding stone staircase of your ivory tower and step out into the world and deal with the elements as they come. No more going “pooh- pooh” and “tut-tut” from a sitting position with your gut hanging over your belt — you have to get down, get online, walk the walk and boogie it up.

I might have forgotten about this whole Bergan matter if I hadn’t run across Ty Burr‘s response to his article on his “Movie Nation” blog (is there a print version?) on the Boston Globe site. Burr feels more or less the same way I do, although he’s a bit more circumspect about it.