Brando, the two-part, four-hour Turner Classic Movies documentary that will air on May 1st and 2nd, is a relatively candid, nicely sculpted, entirely respectable portrait of the single most influential actor of the 20th Century, and probably also the greatest. 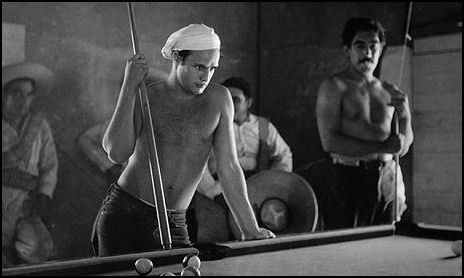 I was concerned that producer Leslie Greif and writer Mimi Freedman might make it too much of a valentine to the eminent Marlon Brando, and perhaps gloss over the tragedy of his life, but they consider and in some ways explore most of the substantive issues (i.e., the truth as most of his friends understood it) and gloss over the gnarly stuff only somewhat. There’s always pressure to deliver a love sonnet when you’re making one of these career-review docs, and Greif and Freedman are to be commended or at least given a pass for being as honest as the political climate probably allowed.

The glory of Brando is known to pretty much everyone except the under 25s, and anyone of that age who cares anything at all about movies or acting should definitely watch this. There’s a cornucopia of of wonder and ecstasy in Brando’s early performances (i.e., in five of his first six movies — The Men, A Streetcar Named Desire, Viva Zapata, Julius Caesar and On The Waterfront. I’ve always felt that his work in The Wild One was more iconic than rich.

The darkness of the Brando saga hangs on two hooks. One, that his last 30-plus years were all but wasted in terms of what he was capable of, and two, that the tragedies that claimed two of his children, Christian (the Dag Drollet murder, which led to Christian’s imprisonment) and Cheyenne (who hung herself) were strong indications that Brando was some kind of wretched, extremely wounding, self-absorbed father. The TCM doc acknowledges and discusses the first fairly throughly, but it tip-toes around the second.

Plus it doesn’t mention Brando’s longtime friend Wally Cox at all (a truly shocking omission) and it doesn’t get into the darker, kinkier stuff that was reported in Peter Manso‘s biography. It allows that Brando was an egoistic, self-absorbed mind- fucker at times (depending on who he was dealing with, or what the situation was) and it comes close to saying the poor man pretty much wasted his life after the early ’70s triumph of The Godfather and Last Tango in Paris. But it doesn’t bore in on this, and relatively few of the talking heads (Jane Fonda is an exception) are willing to say what they really thought about his dissolution. 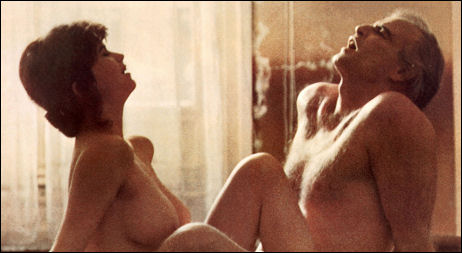 The emphasis, in short, is on how much everyone loved and admired him, which is what these docs always do — Marlon was great, he changed acting, he shook the earth, he was a God, etc. But the doc has a lot of truth in it also, certainly the emotional truth of how Brando’s naturalistic acting style impacted so many of his peers and became such an important benchmark — i.e., “before Brando” and “after Brando” — and inspired so much love and excitement.

Here’s how some of the wrap-up sentiments sound (there’s too much music mixed into it, making the words hard to hear) and here’s Brando’s riveting delivery of the “dogs of war” speech from Julius Caesar.