There was an item saying that L.A. Times film critic Carina Chocano had allegedly been “taken off duty” by her editors and given a weekly opinion- analysis column in the Sunday edition. I called six or seven people and heard nothing, then someone finally called to explain. The deal is that Chocano hasn’t been kicked off the beat as much as subjected to a kind of editorial experiment. Plus she got married recently (i.e., out of the country) and has been honeymooning. Plus, I’m told, she’s going to be reviewing again starting Friday. 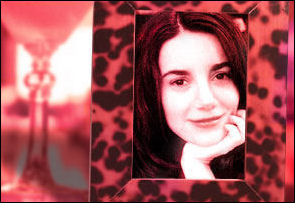 The Anne Thompson item that started the rumpus made sense on the face of it since it sounded like another L.A. Times cost-cutting measure — a very common thing these days when discussing the most miserable and self-torturing newspaper on the face of the planet. Other reviewers Kevin Crust and perhaps a freelancer or two (Sam Adams?) have stepped in during Chocano’s abscence, and will presumably keep their hand in.

If the Times is looking for alternate freelancers, how about City Beat critic Andy Klein for some pinch-hitting? One of the smartest and most knowledgable critics on the planet, and a guy who writes in a nicely honed, plain-talk style.

Chocano is a very smart and skilled writer, and for what it’s worth her reviews have always seemed fairly engrossing to me. I like her the way I like Anthony Lane, although his reviews are funnier and more deftly phrased. But Chocano has never been accepted by the film-critic elite as being “one of us,” or at least she wasn’t when she first landed the Times film-critic gig. Some had bristled about her TV criticism background and the suspicion that she hadn’t paid her dues the way the hard-core monks have. And others have said they’re not big fans of her reviews, but I’ve always taken these views as expressions of political discontent.

“I actually came to like her stuff,” an L.A. Film Critics Association member told me a few minutes ago. “I gradually came around. She hasn’t applied for membership in LAFCA and I don’t know what that’s about, but I don’t see that much resentment towards her these days. That was before, I think.”