Nikki Finke is reporting that Pirates of the Caribbean: At World’s End (Disney, 5.25) (a) hasn’t yet wrapped its CGI work, (b) has so far cost more than $300 million, and (c) it “is said to be at least as long as Pirates 2…and [is] probably longer “because director Gore Verbinski had to tie up all the stories and wanted to use as much footage as he could,” an insider told Finke. 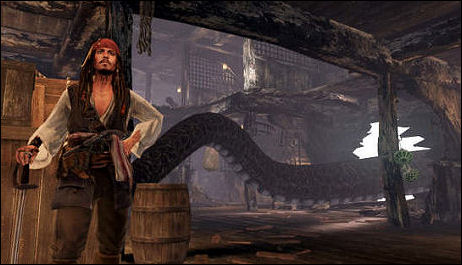 That’s just one “insider,” of course, and very possibly one with an axe to grind against Verbinski, but has there ever been a serious-minded director (i.e., one with any sense of self-discipline and a corresponding respect for the audience) in Hollywood history who decided to “use as much footage as he could”?

Finke adds that “internet rumors” are saying that POTC: AWE is clocking in at 2 hours, 45 minutes. Actually, that unsubstantiated FilmJerk posting said 170 minutes, or 2 hours and 50 minutes.