John Flynn, director of Rolling Thunder as well as the semi- legendary 1973 crime pic The Outfit (which you still can’t get on DVD), passed away on Wednesday, April 4th, and I only just found out today…er, yesterday.

Duvall gives one of his best performances (in my book anyway) as Macklin, an ex-con out for revenge against some cold-blooded mob types. The Outfit is a studly, pared-to-the-bone programmer in the same realm as Charley Varrick. Not as sombre or big-city noirish as The Friends of Eddie Coyle, but a very fine and flavorful film of its type. 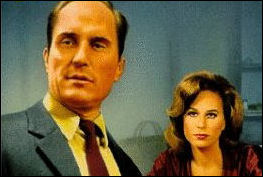 April 14, 2007by Jeffrey Wells5 Comments
« Previous post
Mel and Buck made right
Next post »
Nothing Is Private