Making a bomb of epic proportions sometimes lands a filmmaker in “movie jail” unless he/she has an especially admirable resume. This is what kept Cameron Crowe, the director-writer of Jerry Maguire and Almost Famous, from incarceration over the last year or so following the disastrous reception of Elizabethtown, which opened and quickly died in the fall of ’05. But you can’t go through a major critical and commercial calamity without having it affect you on some kind of woe-is- me, what-the-fuck-am-I-doing? level. 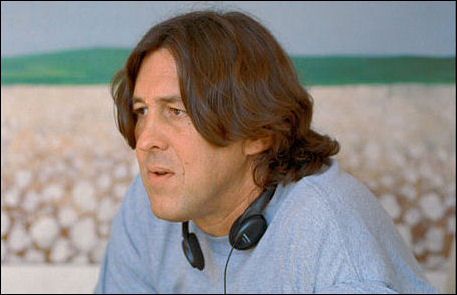 Elizabethtown was Crowe’s Waterloo. I know that it seemed to me and a lot of other journalists like one of the worst wipe-outs ever suffered by a gifted filmmaker. Crowe was mocked, villified, ground into hamburger . And for a while, according to this and that source, he went into a big funk about it and went off to lick his wounds and live with the wolves in the forest. (Who the hell wouldn’t?) But I’m told he’s doing fine emotionally these days, and that he’s working on a script that Adam Sandler wants to star in when it’s ready.

Crowe usually takes a few years between films, so maybe he’ll be back at it next year with the Sandler film (if it comes together in the right way) maybe peeking through in ’09.

I had to ask others what was up because Crowe didn’t get back to me immediately when I wrote him three hours ago.

How bad was Elizabethtown? I was there at that first Toronto Film Festival screen- ing, watching this and that journalist get up and go out for very long bathroom or popcorn breaks, or leaving altogether. It averaged a 28% positive rating on Rotten Tomatoes, it almost killed the career of Orlando Bloom, it seemed to diminish the fortunes of Kirsten Dunst, and for all I know it may have even caused a slowdown in Kentucky tourism. 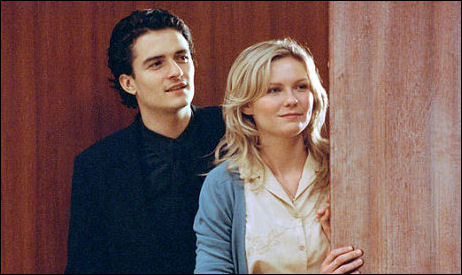 New Yorker critic David Denby wrote the following in his review: “It leaves one adrift on a raft of morose questions. How could this vacuous movie have got made? Didn’t anyone at Paramount, which paid for the film, read the script? And also: What in the world has happened to Cameron Crowe? At times, the movie became so boring that I experienced the uncanny sensation that I could physically feel the film passing through the projector.”

Elizabethtown had some good things in it (I liked the second half just fine) and Crowe enjoys too much respect and allegiance from too many heavy-hitters to have suffered any serious career trouble because of the reception. But an agent told me today that the feeling he’s been getting is that Crowe is “still feeling a little of that E-Town after-burn.”

The agent explained that in the wake of Elizabethtown that Crowe’s general rep was that of a guy with a reverse Midas touch. People felt a little funny about coming to him with proposals because suddenly he wasn’t the guy who might make another Almost Famous or Jerry Maguire, but a director who had lost his mojo and could possibly turn this or that project into a fart heard ’round the world.

Right around the time of Mission Impossible: 3 Crowe “was attached to do a Tom Cruise romantic film at Paramount,” the agent recalls, “but who knows where that’s languishing these days? Has it gone to UA? Let me get back to you on that.” 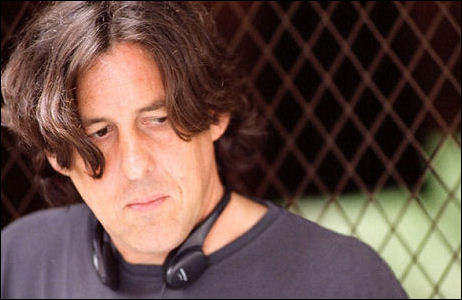 A filmmaker who spoke to me this afternoon believes that Crowe had such a smooth and easy ride from the days of Say Anything to Vanilla Sky that he wasn’t able to cope with Elizabethtown‘s total failure.

“Living on that fuel of being the greatest director….getting all that postive energy from everyone and and cruising on all that adulation doesn’t toughen you up,” he says. “It doesn’t prepare you at all for failure. Crowe should have just gotten right back in the saddle [after Elizabethtown]. I spoke to him recently and he was in a great place. Woody Allen has always had the best attitude, I feel. He didn’t take it very seriously when he was applauded and he didn’t take it seriously wen he was panned. He just kept working.”

And that’s what Crowe is back to doing. Good for him, and it’s great to hear about the Sandler thing. Maybe Crowe will get back to me and say something about that, or maybe he’ll just stay out it by saying nothing. But if he wants to clarify anything I’ve written or add to it in any way, he knows what to do.