Fox 411’s Roger Friedman reported early this morning that Leonardo DiCaprio “is in negotiations to star on Broadway this fall in David Rabe‘s The Basic Training of Pavlo Hummel,” a sort of anti-military, anti-Vietnam War piece. If I were Leo I would probably want to angle the play more in the direction of the Iraq conflict, if and when the deal actually happens. 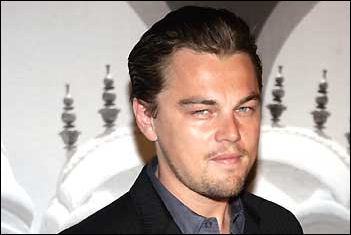 In a review of a 1977 production of the play in New York with Al Pacino in the lead role, Clive Barnes wrote the following:

“[The play] begins and ends with Hummel’s fatal accident in a Vietnamese whorehouse. Yet the structure is, in fact, a web-like continuum in which past and present are intermingled. It is Hummel going through his basic training, in brief, cinematic-style vignettes, but it is also Hummel learning the facts of death in Vietnam as a medical orderly.

“There is no theme except the terrible and basic theme of waste — human waste. Nothing happens except the accidents and incidents of war and training for war. Yet Rabe records and heightens, selects and editorializes, like a war correspondent of God. It is a play beautiful in its shabbiness, proud in the honesty of its despair.

“Timing is everything,” writes Freidman, explaining that DiCaprio “would have to roll into Pavlo Hummel straight from filming Revolutionary Road with Kate Winslet, directed by the actress√É¬¢√¢‚Äö¬¨√¢‚Äû¬¢ husband, Sam Mendes.”