I’m still way behind on the video-editing tutorials, but I feel confident enough to announce that I’m going to start posting short little video reports on Hollywood Elsewhere in a week or so, and certainly by the start of the Cannes Film Festival. 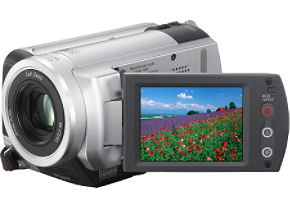 I’ll probably run two versions of each report — one in an MPEG4 format and the other in Flash. No pop-fizz editing, no narration, no music cues…nothing slick. Austere, spartan. Almost no hand-held stuff, 90% tripod-mounted. Visual infuences: Stanley Kubrick (I’ve got a little wide-angle lens that makes everything look Clockwork Orange-y), Sergei Eisenstein, Bruno Dumont‘s Flandres, Jim Jarmusch‘s Stranger Than Paradise.

I’ll probably start posting quickies from Manhattan sometime during my stay there — Friday, 5.4 to Monday, 5.14. Until I get more proficient with the editng software I may forego editing altogether except for opening titles and just “cut” in the camera. I’m just saying this in anticipation of reader complaints about the video stuff being too stark or funky or whatever. I think it’s better to deliberately go in that Dumont/Jarmusch direction and make the shorts as good as I can in this mode, and then gradually slick things up as I shuffle along.