I mentioned twelve classic or very good 1982 films in the review just below of John Patterson‘s Guardian piece about the-year-when-things-started-to-go-wrong. Just for fun I threw together a list of similar quality films that opened 20 years earlier and they numbered 24, including ten bona fide classics — Billy Budd, Knife in the Water, Lawrence of Arabia, Lolita, Lonely are the Brave, The Manchurian Candidate, The Man Who Shot Liberty Valance, Ride the High Country, Shoot the Piano Player and To Kill a Mockingbird. 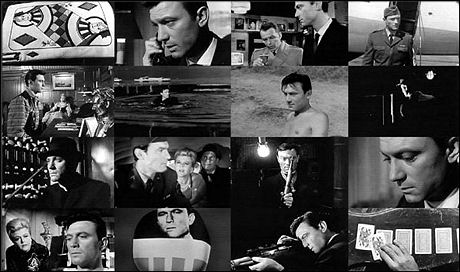 The 14 also-rans are nothing to snort at either: Birdman of Alcatraz, Cape Fear, Days of Wine and Roses, Dr. No, Hatari!, How the West Was Won, The Longest Day, The Miracle Worker, Mutiny on the Bounty, Requiem for a Heavyweight, The Longest Day, Sundays and Cybele, The Trial and What Ever Happened to Baby Jane?
24 vs. 12…am I missing something?