Christian Mungiu‘s Four Months, Three Weeks and Two Days, which won the Palme d’Or prize at the Cannes Film Festival, may be the most ecstatically received Roumanian film in history. I missed it at Cannes myself, so naturally I was looking forward to seeing it at the upcoming Los Angeles Film Festival, where it had been booked by its Parisian producer-financier, The Wild Bunch. 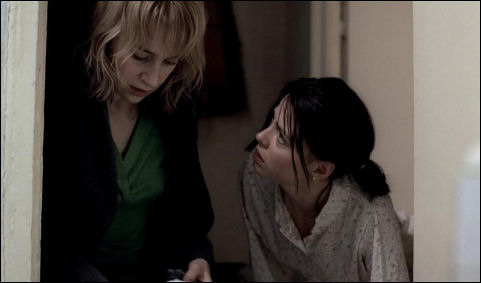 But IFC, which acquired Four Months in Cannes with plans to open it sometime in the fall, has pulled it from the L.AFF, despite a prominent listing in the printed program. A source tells me “the film was committed to the L.A. Film Festival by Wild Bunch before it was sold….we wanted it to be a premiere….we’d just bought the movie, and there were no materials and nothing was ready….we don’t even have a print, and we weren’t ready to start working on it…we don’t even know when we’re going to open it….a lot of decisions have yet to be made..”