After the W hotel chat I ran over to the Sicko premiere screening at the Academy and…man, am I lucky! I was born with tough Anglo-German genes and I hardly ever get sick. God help me if it were otherwise, and God help all of us if the U.S. health care system isn’t radically overhauled some day soon, meaning that the corporate slimeballs and politicians who are profiting wildly off the misery of many need to be exposed and tarred and run out of town. 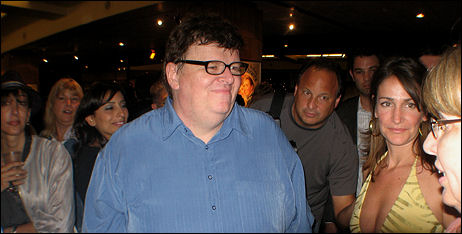 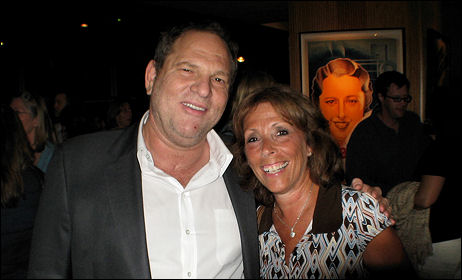 Sicko for the second time is still funny and infuriating and a very full meal. There’s no way you’ll come out of it complaining that it didn’t give you enough to think or get angry about. And it’s still quite stirring — it made me feel all mushy toward the end when I saw it in Cannes, and the same thing happened again last night. The crowd was applauding at this and that observation or quip, but the basic current in the room was one of simple, gentle compassion for people who need it…for people everywhere.
The prosecutorial thrust of Sicko is in the details about the general horridness of the U.S. heath care system. And god, what a sickening and inhumane thing that has been for too many people — not the uninsured (which the film barely deals with) but middle-class, for-the-most-part-employed, tax-paying Regular Joes.
I also came out of last night’s screening feeling all the more enraged at the naysayers and nitpickers who’ve been trashing Moore for boiling a very complex situation down to a few simplistic strokes. Moore has done that, yes, but documentarians have to find simple truths in the big tangle. And yes, the stories and situations he passes along in the film don’t convey the entire story and are, of course, slanted. The U.S. health care system may not be quite as venal as portrayed, and the systems in Canada, England and France are, of course, problematic in this and that way.
But Sicko is flawless as a statement of caring — help people who need help, show them some love and TLC, and damn to hell any privately managed health-care system that’s even one half as heartless and abusive as ours, and double-damn those conservative pricks who’ve spent all kinds of energy trying to debate and ridicule what Moore is fundamentally saying here.
Getting sick in this country isn’t a viable financial option if you aren’t insured up the wazoo, and that’s a contemptible state of affairs. Health care should be as free as the cops and the firemen and the libraries that every municipality pays for — end of discussion.
Sicko makes you feel like a human being in the way that Michael Bay or Len Wiseman movies make you feel the other way. Again, Moore’s comparisons between the U.S. system and those in Canada, England and France are incomplete, but watch this film and your heart will tell you that what Moore is saying is essentially true.
I don’t believe that the people he speaks to in this film are lying or fabricating, and I don’t believe they’ve been scripted. When a fire station captain in Havana, Cuba, tells a group of 9.11 workers that all firefighters from every town and country are family, that’s not a lie. I’m basically saying that I believe what Sicko is basically telling me, and there’s no way I’ll listen to the bullshit from the various right-wing, corporate-funded spokespersons who are trying to trash it.
As Moore said during a Sicko press conference, “The French have the best health-care system in the world, and that’s not my opinion. That’s how the World Health Organization rates them. None of them is perfect, but it’s not my role to make criticisms. It’s my role as an American to say, why don’t we take the best elements you’re doing and blend them together, and call it the American system?”
No system is perfect, but Americans “have to take the profit motive out of health- care,” as Moore has said time and again. “It’s as simple as that.” Are you hearing that, status-quo defenders? If there is a Debating God, your ass will soon be grass.