Liam Neeson recently spoke to London Times profiler Tom Charity, and there’s not a single…wait, there is a glancing mention of what may be Neeson’s finest unplayed role, which would be Abraham Lincoln during his White House years. But it’s not enough to suit me. Neeson is obviously the right height (6’4″), the right age (55) and the right everything else (acting chops, an aura of solemn rectitude, wiry frame, similar bone structure) in order to fill Lincoln’s shoes and reanimate him every which way. 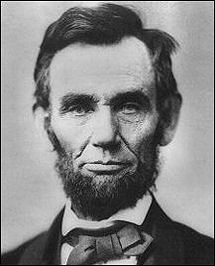 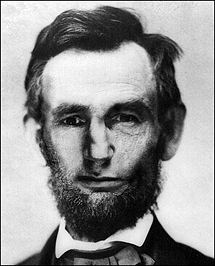 Abraham Lincoln; how Neeson might look in the role

A year and a half ago Neeson told me about forthcoming plans for Steven Spielberg to direct an adaptation of Doris Kearns Goodwin‘s “Team of Rivals: The Political Genius of Abraham Lincoln,” which at the time was being adapted into screenplay form by Paul Webb.
This movie really, really has to be made. If Spielberg can’t or won’t do it (i.e., if it scares him), he should have the good grace to step away and let somebody else carry the ball.