At the ’06 Santa Barbara Film festival — sixteen and a half months ago — I ran my first piece about John Scheinfeld‘s Who is Harry Nilsson (and Why Is Everybody Talkin’ About Him?). I started out both liking it enormously and disliking it — I couldn’t get past the depressing aspects of a story about another ’60s-era rock musician self-destructing, but I was deeply moved by the music and the obvious love and care that Scheinfeld put into his film. 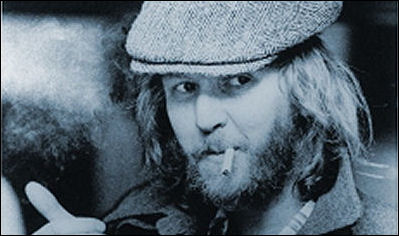 For whatever reason a distribution deal never happened. A logical suspect, Sony Pictures Classics, never bit despite Sony BMG owning the Nilsson catalogue, which would allow for an obvious cross-promotion potential.
And now with Scheinfeld’s doc about to have another screening at yet another film festival — a July 14th showing at Martin Lewis‘s Mods and Rockers festival at the American Cinematheque — its rep has become that of a proverbial wanderer, doomed to roam the seven seas without a port to call home.
I don’t know what the problematic particulars may be, but a film as good as this one deserves to be seen. It’s a profound insult to Nilsson, his legacy and his thousands of fans that the best this doc can hope for is some cruddy straight- to-video deal. The man was one of the greatest songwriter-singers of the ’60s and early ’70s — what’s the problem?
Obviously Nilsson never attained Beatles-level fame, and obviously Scheinfeld’s doc has a limited commercial potential. But for the film to fail to get any kind of deal whatsoever is absurd. Sounds like somebody’s being obstinate or unrealistic or both, and that other parties are asleep at the wheel.
Lewis suggested last week that one problem is the title. He thinks the doc should be called Everybody’s Talkin’. As soon as he said this I knew he was right. Are you listening, John?