At yesterday’s launch of “The Mistress and the Muse“, a Manhattan retrospective of Norman Mailer‘s film work, the legendary author spoke about the second worst man he’d ever met, and The Reeler‘s Stu Van Airsdale wrote it all down: 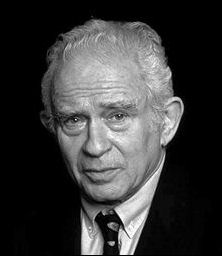 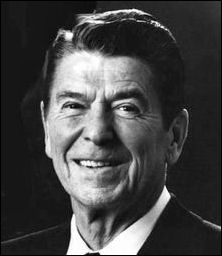 “I sat across the table from him. He had about the stature of a man who’s a publicity director for a Midwest corporation of medium size. There were about 12 of us at the table. I never met his eyes once even though I was sitting this far away from him. [Holds palms three feet apart.] I realized that this was a man who had learned very early in life to never have a conversation with anyone who could do you no good. So our eyes never met, because he sensed that if our eyes met, a good question would pop into my head.
“Anyway, that person — number two — is Ronald Reagan.”
I don’t like to visit much less dwell in this realm, but this led me to wonder who are the two or three worst people in Hollywood I’ve ever run across? And how do you define worst? For me it means a person who, after all is said and done, has shown himself to be profoundly vicious and ungracious in his regard for certain others, and who insists on a certain manic rigidity in his/her estimation of other people, places, views, etc. A person, in other words, who not only has a difficult time cut- ting other people slack, but who seems to revel — who seems to almost derive a form of sensual pleasure — in the caverns of sulfur, in harshness and combative- ness, in bully-boy scheming and finger-pointing and the rendering of damning judgments.
I was about to spit out the name of this rancid human being…until I stepped back and asked myself if I’ve been a little bit guilty of these things from time to time. I’ve been accused of being mean and overly judgmental, and I won’t say I’ve never gone there. But I think I’m pretty good at cutting other people slack, which is to say choosing to focus on their good sides and ignore the bad. So I’m not going to spit that name out. But as God is my co-pilot and Jesus my judge, there are people in this town who in serious need of personality transplants.