“Bourne” vomit in the room

Shaky-cam Bourne vomiting has been brought up by Roger Ebert by way of a letter forwarded by David Bordwell (“the most respected film academic,” Ebert says) that was posted on movies.com a while back by “sfjockdawg,” to wit: 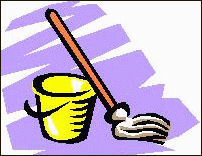 “We went to see The Bourne Ultimatum on the IMAX in San Francisco. Near the end, when Webb is having the flashback to when he [was] forced to show his commitment to the project, the lady next to me spontaneously unleashes a huge amount of vomit all over my leg and all over the floor in front of her! I’ve never experienced anything like it in my life! All the action sequences, the nauseating use of moving cameras and the relentless score were enough to make anyone dizzy, but to throw up?”

Like Jason Bourne himself, this item triggered a repressed memory in the brain of yours truly — a vomit-splatter that happened during an early-ish screening of The Bourne Supremacy on 7.12.04.

Sometime during the third act of a showing at the Writers Guild theatre, an older woman sitting on the left side spewed on the floor. It was kind of alphabet soup-y mixed with pumpkin puree and chopped Spanish peanuts. A few people got up and moved away. A guy who was sitting nearby told me later it smelled pretty awful in that section of the room.

The next day I mentioned the episode to a Universal publicist in an e-mail, not as something that was necessarily caused by Paul Greengrass shaky-cam but as something funny that had merely “happened.” I was chuckling the way a fifth- grader would chuckle with his friends if the really smart girl with the freckles and the pigtails had vomited in arithmetic class, but the publicist wasn’t in fifth grade — she was coming from the office of Roy Cohn during the Army-McCarthy hearings.

Her voice shrill and agitated, she read the riot act in order to dissuade me from mentioning the incident in the column. I felt so overwhelmed with bludgeonings and bad vibes that I caved (wimp that I am deep down) and said, “Okay, all right…good God.”

Only now, three years and 40 days later, can the story be told.

I’m wondering if Roger Ebert would have gotten the same phone call and had to deal with the same agitation from this very willful publicist if he were based in Los Angeles and had been in the Writers Guild auditorium on Doheny that fateful night.