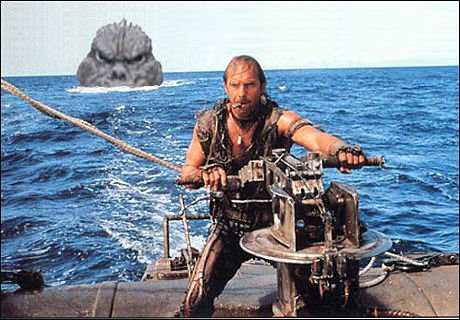 I say it’s Waterworld because of two things. One, the decision to shoot in 1.85 instead of 2.35 Scope — part of the idea, obviously, was to convey the vastness of a world covered in water, and the widescreen aspect ratio would have certainly given audiences a better feel for this. And two, the fact that Waterworld‘s huge budget and all that location shooting off the big island of Hawaii led to almost nothing memorable. Alfred Hitchcock did a better job of capturing the magnificent energy, terror and turbulence of the ocean in Lifeboat, which was shot in a studio tank with rear-screen projection.
Of course, these five are only the bad or calamity-ridden films that got the most press. There have been many films more painful to watch than these.