Because of his decision to executive produce a ten-part HBO miniseries based on Vincent Bugliosi‘s “Reclaiming History: The Assassination of President John F. Kennedy,” Tom Hanks is now officially in league with the lone-gunman gang and standing foursquare against the Kennedy assassination conspiracy theorists, which, in this context, places him in opposition to the beliefs of 75% of the American public. 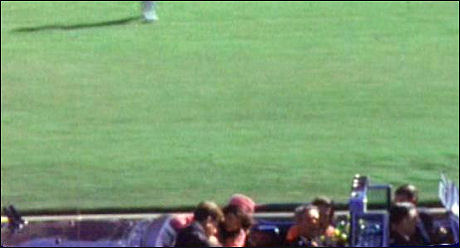 Besides looking to debunk every last conspiratorial aspect of Oliver Stone‘s JFK (which you’d have to be a denial practitioner of the first order to discount altogether), Hanks has also come out in support of the magic bullet theory.

I haven’t read Bugliosi’s book, but I’ve read Gerald Posner‘s “Case Closed,” which was a well-written refutation that I personally found infuriating. It partly dislodged some of my persuasions about the Kennedy assassination, but it didn’t convert me either.

Hanks and producing partners Gary Goetzman and Bill Paxton can attempt to roll back a belief-and-suspicion system that I’ve held close to my chest all my life, but I will never, ever believe in the magic bullet…no way.

They could get in touch with Lee Harvey Oswald‘s ghost through a seance and digitally record a statement that he absolutely wasn’t in cahoots with anyone and I still wouldn’t buy the lone-gunman position. I’m a grassy-knoll crossfire guy all the way. Who isn’t? JFK conspiracy theorists are as American as apple pie — believing in the Dealey Plaza crossfire is analagous to being a Catholic or a Yankee or Red Sox fan. Believers in Oswald’s stand-alone guilt are, at best, like Christian Scientists or Scientologists. 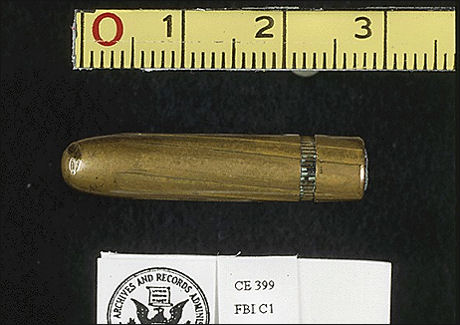 I’ve looked out from the sixth-floor window of the old Texas School Book Depository Building, and I’ve stood behind the old wooden fence atop the grass knoll where the second gunman is believed to have fired from. Hanks, Geotzman and Paxton are contending that all those people who ran up the knoll after the shots were fired and reportedly saw or smelled remnants of gunsmoke in the air were…what, on drugs?

People believe in the lone-gunman theory because they want to; same for the conspiracy theorists. You can go with Posner and Bugliosi and line up all your Oswald-did-it-alone arguments and you’ll sound like you know your stuff cold, and you can also talk the standard conspiracy line and sound just as sharp and knowledgable. There’s no reconciling. Never the twain shall meet.

It does seem that men of an apparently conservative bent (“Enough of this wackjob conspiracy stuff…we’re taking over the argument!”) are in league with Posner and Bugliosi. And we all know that Hanks is at least a bit of a staunch traditionalist with his misty-eyed involvement in the legends of World War II and space travel and whatnot.

All that said, here‘s an interesting piece of computer simulation that supports the Hanks/Bugliosi/Posner position.