“Juno” is the big Telluride pleaser

The most crowd-pleasing film of the Telluride Film Festival so far, reports EW Popwatch blogger Chris Willman, is Jason Reitman‘s Juno (which will also plays Toronto). “Everyone’s always ready for a laugh at these things, so that’s not surprising,” Willman rationalizes. Wait…he’s saying it’s insubstantial? 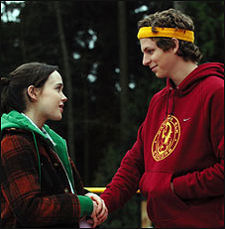 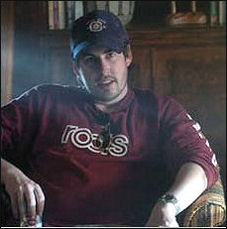 Deadline pressure kept Willman from mentioning Juno, however, in the body of his second Telluride report. He has, however, given a thumbs-up to Tamara Jenkins‘ The Savages (in my opinion a sharply written, very well acted family drama that may fizzle with audiences because of Phillip Bosco‘s bellowing, all-too-real performance of an old man suffering from dementia) and Sean Penn‘s longish, in-and-out Into The Wild (which is nonetheless Penn’s finest film ever). It’s a thumbs down, however, for Brian DePalma‘s Redacted.

“Everybody’s dying up in the Colorado mountains right now,” he begins. “Although mostly just on-screen. The altitude only makes Telluride Film Festival-goers feel like they’re about to expire as they huff and puff and sprint between four, five or six screenings a day. But the second and third days of this year’s Telluride Film Festival have found an even greater abundance of cinematic terminal cases than usual.

There’s a good chance you already know what kind of protracted and inglorious end meets the solitary mountain man of Into the Wild, Sean Penn‘s highly anticipated adaptation of Jon Krakauer‘s non-fiction bestseller. Julian Schnabel‘s The Diving Bell and the Butterfly is based on a well-known memoir by a French magazine editor who became paralyzed and dictated the book by blinking his one good eye; the movie version has been expanded to include the real-life protagonist’s eventual death.

“On the fictional side, Rails and Ties, the directorial debut of Alison Eastwood (Clint’s daughter), has Kevin Bacon shutting down emotionally as he deals with the terminal cancer of his wife, played by Marcia Gay Harden. And in The Savages, Laura Linney and Philip Seymour Hoffman struggle with finding a nursery home for their dad (Bosco), who’s suffering from dementia and probably dying of Parkinson’s disease.

“But other than that, Mrs. Lincoln, how did you enjoy the wonderful mountain scenery?”