Malick to appear in Rome

Terrence Malick‘s reputation as the most reclusive and press-averse director of all time — since the release of ’78’s Days of Heaven he has truly become a Thomas Pynchon-ish, Glenn Gould– styled hideaway — was turned on its head with yesterday’s announcement that he will actually take the stage at the upcoming Rome Film Festival (10.13 to 10.21) for the festival’s “Extra” section. 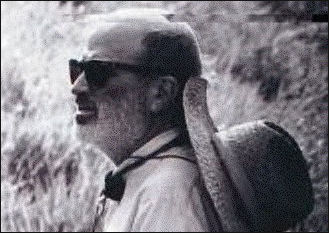 Although paparazzi will be verboten (per Malick’s insistence), the Rome event will be, as far as I can recollect, the first time that Malick will have taken part in a pre-announced public appearance/idiscussion in almost three decades. (I read early last year that he took part in a post-screening discussion following a screening of The New World in his home town of Bartlesville, Oklahoma.)

Variety‘s Nick Vivarelli reported that Malick’s forthcoming appearance (no specific date was given) was the result of his being “coaxed for more than a year.” Vivarelli explained that the “reclusive Malick will talk about his love for Italian cinema, as well as his own work.”