In the third graph of a 9.19 Newsweek story by Karen Springen about Mary Todd Lincoln, it is offhandedly stated that Sally Field will play the emotionally troubled wife of Liam Neeson‘s Abraham Lincoln in Steven Spielberg‘s forthcoming Lincoln biopic. This is a done deal, or is this being floated to see what the reaction might be? I’m asking in part because the IMDB is reporting that Marcia Gay Harden has the role, and because she’d nail Mrs. Lincoln cold. 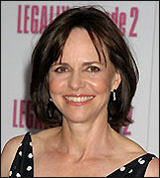 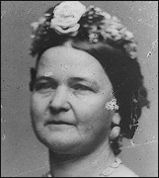 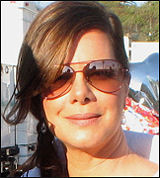 I’ve no doubt that Field can turn on the juice and make this work to some degree, but it might be a stretch. I’ve had this image all my life of Mary Todd Lincoln being a scrapper with a cast-iron backbone, and there’s something about Field’s squeeky heartland voice and fretful manner that seems to channel victims and underdogs (Norma Rae, Places in the Heart). Harden has been superb time and again with that heart-of-darkness battle-axe thing (Pollock, Mystic River, The Dead Girl). And she resembles Mrs. Lincoln a bit more (or certainly could be made to resemble her). This would make her a perfect match alongside Neeson, who’s obviously a close biological cousin of the nation’s 16th president.

Due respect but isn’t Spielberg obliged to at least listen to public opinion on this matter? It’s his movie but the legend of Abraham Lincoln belongs to all of us. David O’Selznick understood this concept when he was casting Gone With the Wind. Not that he would have cast Fred MacMurray as Rhett Butler if the public had called for this (which they didn’t — everybody knew it had to be Clark Gable), but he knew the public was heavily invested in Margaret Mitchell‘s novel and at least made a show of listening to their casting preferences.